Urias (a 32-year-old mother from Usulután Province, El Salvador) says ICE agents showed up at the door of her apartment in Atlanta at 11 a.m. Sunday, but she wouldn’t let them in. Then they called her and said they were actually there because her ankle monitor was broken. So she opened the door. Once inside, they told her to get her kids together and go with them.

“They were very angry,” she says. “They didn’t give me a chance to do anything. I was in my pajamas and slippers. I said I wanted to call my lawyer. I didn’t even have a chance to brush my hair. It all happened so fast. They fingerprinted me and took us to the airport.

“When we got to the airplane, there were 20, 25 police waiting for four families,” Urias continues. “Four women with our children. Why so much security? We’re deportable families, not criminals!” (NPR)

This month, the Obama administration started to round up and deport many Central Americans, who despite surviving harrowingly difficult journeys, failed to achieve their goal of finding a home in the United States. The targeted population could impact as many as one hundred thousand people, including unaccompanied immigrant children. (UNHCR)

The exercise is sobering reminder of how broken the U.S. immigration system, and in particular the immigration adjudication system, is. The shining principle of opening the door to help the poor, huddled masses and the homeless, as embodied by the Statue of Liberty on Ellis Island, has been completely degraded. The exercise also highlights a disturbing lack of moral consistency from an administration who after the Paris attacks responded to critics of the U.S. welcoming Syrian refugees, saying “Slamming the door in the face of refugees would betray our deepest values,” and from who better was expected.

While the administration will argue that removal orders can be enforced at any time, the decision to deport Central American families in an effort to deter others from coming to the United States seems cruel and vindictive. How many of these removal orders were issued in cases where immigrants had no legal counsel? Should women, fleeing gang related violence that directly threatens their children not merit special consideration?  Should children seeking safety from gun violence not get the benefit of legal counsel? Central Americans are not coming to the U.S. because they seek to defraud the asylum system, or because of rumors people are allowed to stay —they are simply trying to stay alive.  Since 2008 Panama, Belize, Costa Rica and Nicaragua have had 13 times more asylum applications from the Honduras, El Salvador and Guatemala. Nicaragua is the poorest country in Central America, yet immigrants are not coming from there, proving that people are no longer migrating solely for economic gains but in search of safety. (LAWG)

Girls flee after witnessing horrors: One girl said she was scared to take public transportation because Honduran gangs are burning buses full of people if the driver doesn’t pay “protection money.” She said gangs also regularly burn jails and houses. Another girl had to flee because of the rampant killings. She described how she went out of her house one morning and found a chopped-up body lying on her doorstep. Girls as young as nine are being gang-raped by gang members in their home countries. If a girl is impregnated, she will be left to care for the child until he or she is old enough to join the gang. Girls focus group at IES Los Fresnos. (Women’s Refugee Commission) 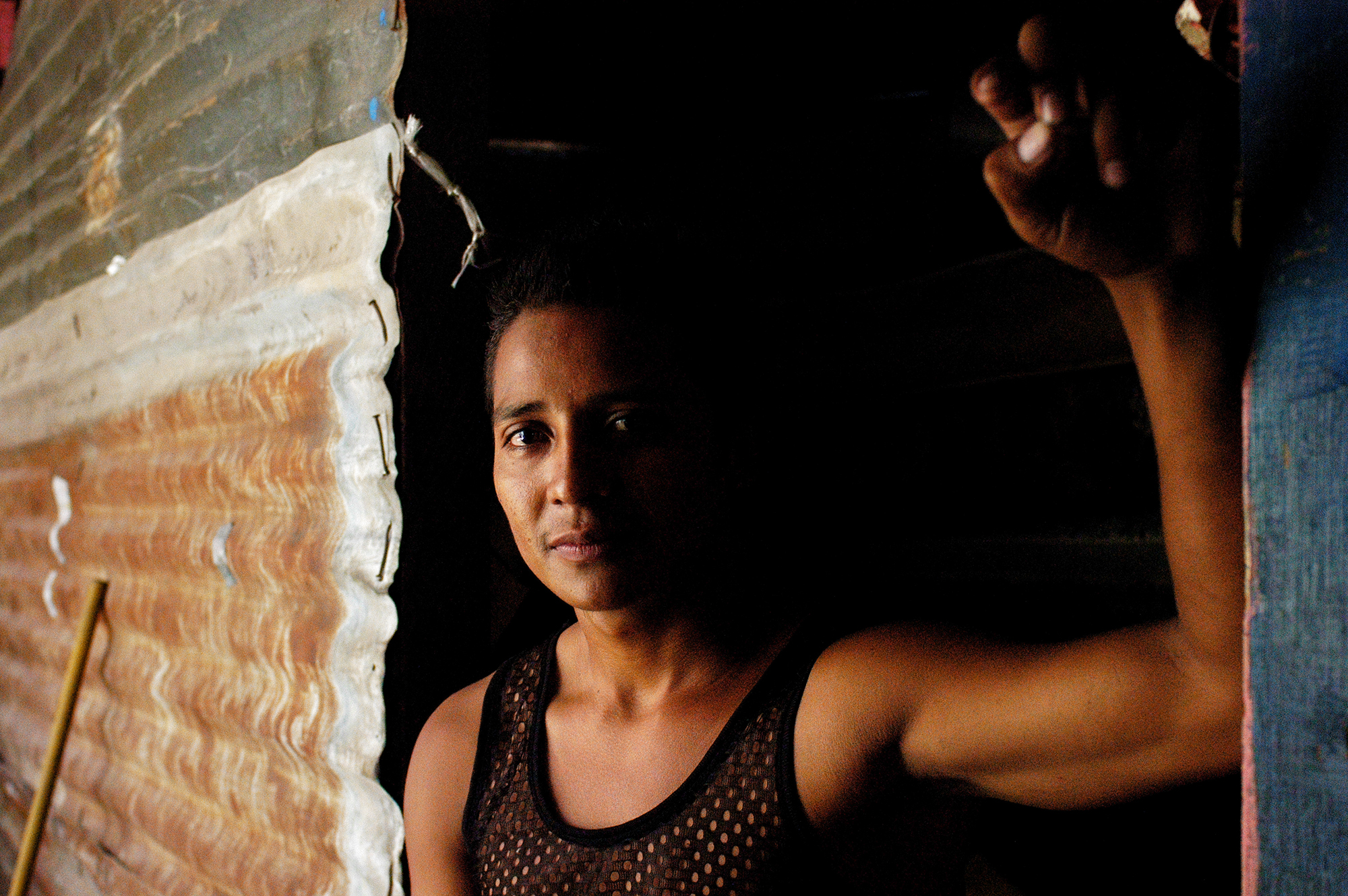 A central American migrant waiting to catch a train north at one of the migrant shelters run by the Catholic Church, Tierra Blanca, Veracruz state, Mexico, 28 June 2009.

In a period where the international spotlight continues to focus on refugees from the Middle East and a growing political backlash stoked by political opportunists, others continue to get short shrift and even less support. In the summer of 2014 the plight of a wave of child refugees from the Americas and the manner in which they were being treated briefly captured the attention of policy makers and the public; however, the story was eclipsed by the Rohingya crisis in Asia and an aggressive campaign by the administration to pressure the Mexican government to enforce its southern border (plan “Frontera Sur”), in effect getting the Mexican government to erect a figurative wall of immigration officials. As slick as this may sound, it is not the solution, considering Mexico’s human rights record, its treatment of migrants from Central America and its essentially non-existent asylum system. (In These Times)

There are times when difficult choices must be made and tough action needs to be taken for the right reasons. President Obama needs to revisit the same principles that he referred to when repudiating calls to ban accepting all Muslim refugees, and the administration should devote leadership and political capital to provide funding for legal counsel for immigrants, especially for populations such as unaccompanied children and asylum seekers.

The Obama administration must ensure the U.S. abides by the principle of non refoulement, which forbids the return of a person to a country where he or she would be at risk of serious human rights violations. The administration must direct the Department of Homeland Security to issue guidance broadening the interpretation of “membership in a particular social group” for claims arising from gang-related and other criminal violence. Congress must direct U.S. assistance towards measures that build the capacity of Mexican authorities to investigate and prosecute crimes against migrants and provide alternative forms of humanitarian protection to Central Americans and Mexicans fleeing violence.

It has been said that the measure of a leader or a society is based on how they treat the most needy and marginalized. In a climate where political leaders around the world and here in the United States are demonizing people for seeking refuge from appalling human right abuses, the United States is instead conducting raids.

Aren’t we supposed to be better than that?