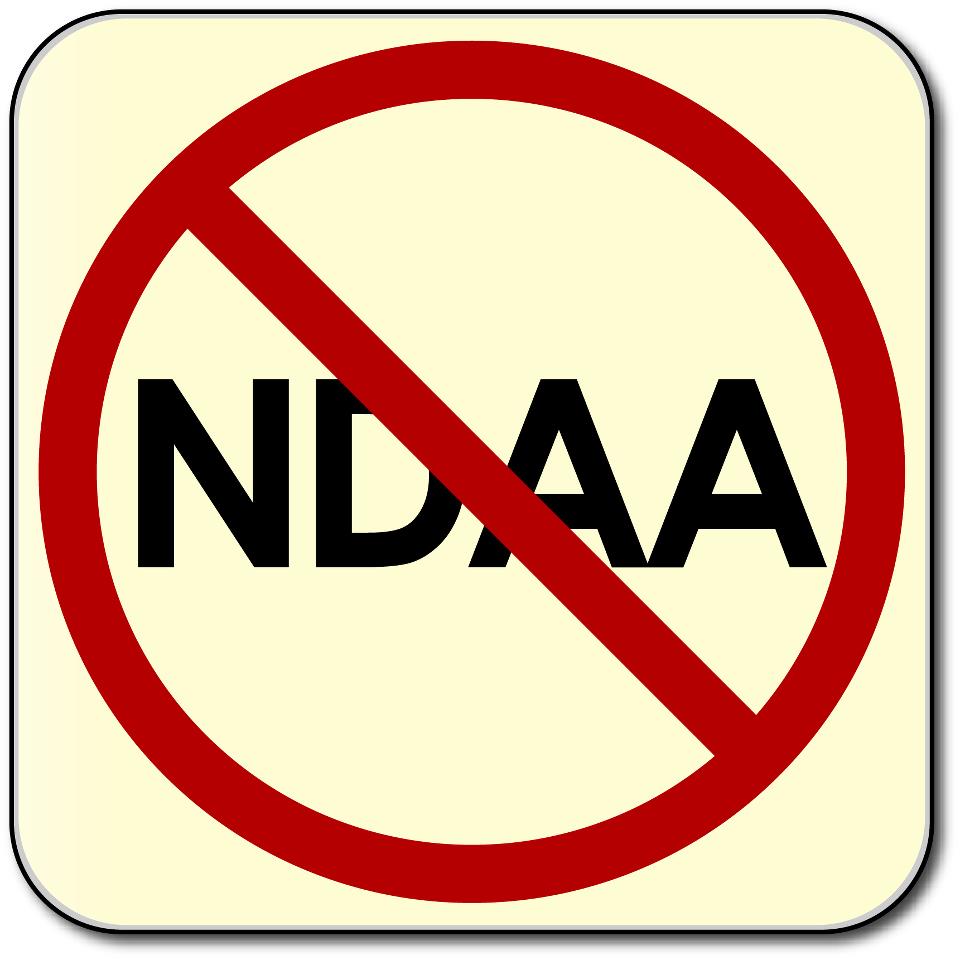 The 2012 NDAA was a big setback for human rights, because every person has the right to due process, to a speedy and fair trial, and to be free from discrimination and abuse.

While the intermingling of  tie-dye shirts with red, white and blue Bald Eagle sweaters was a bit jarring, it has been great to see people come together to defend shared values–in this case, protecting civil liberties from abuse of power by the state.

(C) stop worrying about it, we’re keeping you safe

(F) They’re bad and we need to fix them–along with a broader system of badness tied to that other four-letter symbol of human rights violations, the AUMF

Will Congress listen and fix the NDAA? So far, the answer is no. The House voted today on amendments to the 2013 NDAA, but the well-intentioned efforts that would have repealed or substantially amended Sections 1021 and 1022 were defeated. (Thank you Representatives Amash (R-MI), Nadler (D-NY), Paul (R-TX), Smith (D-WA) and many others for your efforts.)

But the 2013 NDAA process is far from over, now it moves to the Senate. The detention provisions could be repealed, stay the same–or become even more problematic: last year Senator Ayotte (R-NH) tried to pass an amendment—known as the “torture amendment”–that would have let the CIA chose its own interrogation tactics, in secret. Luckily it failed due to public pressure from people like you. But it underscores that we have to be vigilant not only in fixing the NDAA but in making sure it doesn’t get worse.

Take action to let your elected officials know where you stand on the NDAA.

What’s your interpretation of the NDAA? Use the comments or Tweet #NDAA @ZekeJohnsonAi

9 thoughts on “NDAA is Back: House Reaffirms Indefinite Detention”