It has been a month since the disappearance of 43 ‘normalistas’, students that train to become teachers from Raúl Isidro Burgos Rural Teacher Training College  in the town of Ayotzinapa, Guerrero state, some 300km south of Mexico City. 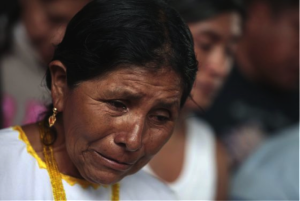 It happened in the city of Iguala, a town I visited in 2000 as part of an official Amnesty International delegation to meet with two Prisoners of Conscience held in Iguala’s prison: Rodolfo Montiel and Teodoro Cabrera. Their story is told elsewhere.

I would never have imaged how terribly bad the human rights situation in Mexico would become 14 years later.

In the late night hours of September 26th, and the early hours of the 27th, the Iguala municipal  police discharged their state issued firearms against a bus full of “normalistas” from Ayotzinapa and other people nearby, 3 students and three bystander were killed and 25 more were wounded. At daylight of the 27th, the body of a sixth student was found dead and grossly mutilated. Somebody gauged his eyes out and peeled back his face. His name was Julio Cesar Mondragón. The police arrested scores of normalsits who were later handed over to a criminal gang. 43 are still disappeared. The killings and disappearances and their aftermath are of such tragic proportions that it may become a milestone in Mexico’s history, an event that may change Mexico forever, hopefully for the better.  I say this because as the investigation of the whereabouts of the 43 disappeared students continues, the Mexican people are realizing how closely linked many of their local, state and federal authorities are to organized crime.  The Mexican people are without protection from the wanton disregard for life exhibited by some police, military forces and criminal organizations alike. There is a fog of mistrust where people cannot distinguish an honest policeman or government official from an assassin dressed in uniform or corrupt official. Iguala’s mayor José Luis Abarca fled four days after the attack and subsequent disappearance of the Ayotzinapa students, claiming ignorance of what happened, but not before ensuring a request to the city council for immunity was granted. He and his wife and Iguala’s police chief promptly vanished and are currently considered fugitives. The governor of Guerrero, Ángel Aguirre Rivero, with his own history of repression and corruption, was forced to request a ‘leave of absence’ as governor, and nobody expects him to return to his post.  The fact that federal officials had been informed in 2013 of evidence of the local mayor’s links to organized crime and his involvement in human rights violations, but took no action has yet to be investigated. 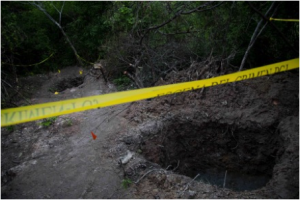 By October 23rd search teams, both federal and those organized by civilian organizations, found more than 11 clandestine mass graves containing more than 30 remains around the city of Iguala. These findings are revealing the extent of the collusion of local authorities with criminal drug organizations. Iguala seems to have become a cemetery, surrounded by mass graves that may explain not only the disappearance of the “normalistas” but of many other Mexican nationals that have gone missing in Guerrero.

To date, 56 suspects have been arrested, including 22 municipal police officers, local officials and alleged members of “Guerreros Unidos” a  criminal drug organization . Mexican society has reacted with massive demonstrations, supported by events around the world to highlight the plight of the victims and the relatives.  Both, Mexican and international human rights organizations like Amnesty International, as well as the Inter American Commission of Human Rights, and  United Nations’ human rights experts are urging the federal and state authorities to take all necessary measures to promptly establish the whereabouts of all the missing students and ensure their physical and mental safety. Authorities must ensure that the results of a full, prompt and impartial investigation into the shootings, wounded  and arbitrary arrests of 26 September are made public and all those responsible are brought to justice, including those responsible for the police operation and those with links to unidentified gunmen. It is also essential to investigate the lack of due diligence by federal officials who failed to act on evidence of the collusion of Iguala officials with organized crime prior to the events of 26 September. 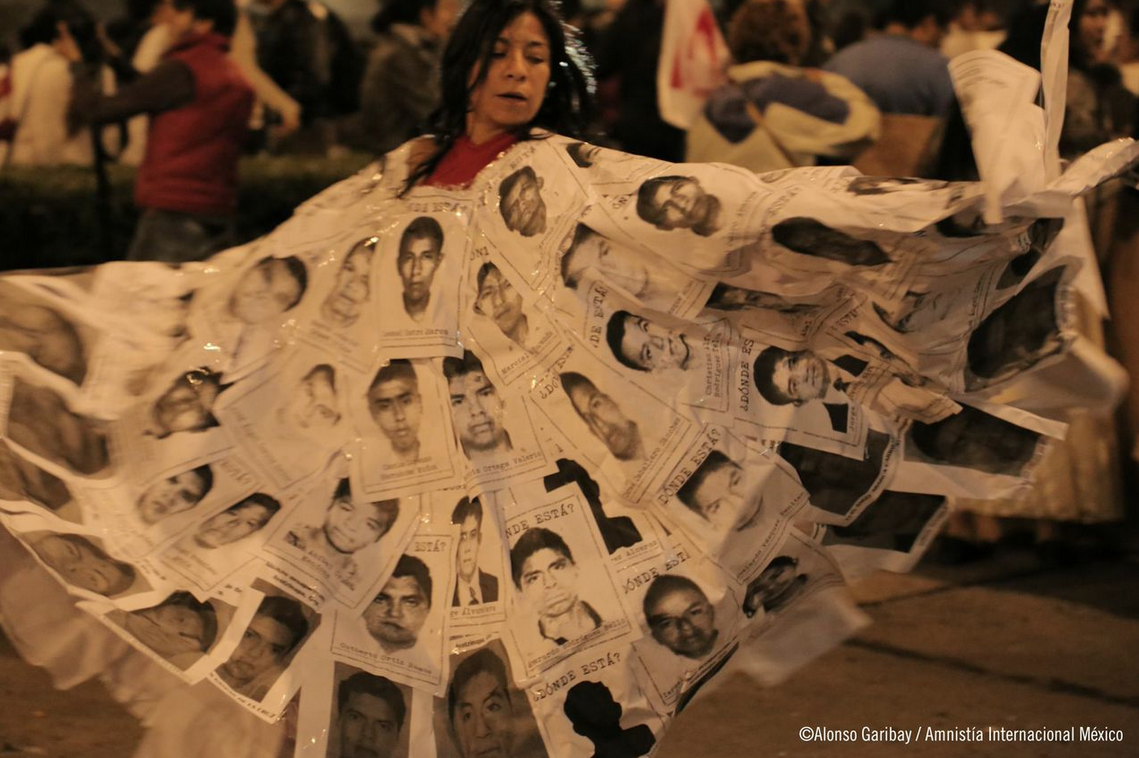 It is too early to say how far the Mexican people will demand for real reforms to end the deep levels of collusion between public officials and organized crime at all levels.  From municipal authorities like those in Iguala who blatantly collaborated with organized drug criminals, to state and federal government officials that allowed it, conditions were created for the horrific incident involving the students from Ayotzinapa. This is also a result of the failed government policy of the “war on drugs” which militarized the conflict with the deployment of the military, exponentially increasing the violence which now affects many communities. 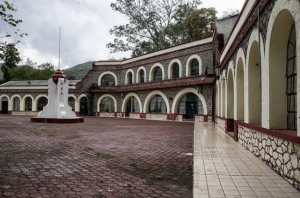 In 2008 the US and Mexico agreed on a joint Merida Initiative, described as an “unprecedented partnership between the United States and Mexico to fight organized crime and associated violence while furthering respect for human rights and the rule of law.” In light of the gravity of the Iguala massacre, it would be a grievous mistake to continue supporting the Merida Initiative as it has been implemented to date. Objective benchmarks must be put in place to measure Mexico’s progress towards the human rights requirements in the initiative, coupled with rigorous monitoring by the US government of the training it is funding.

If this terrible tragedy is to mean anything, there must be a rigorous assessment of Mexico’s “plans to strengthen human rights and accountability”. None of the mechanisms to investigate human rights violations in Mexico are credible, including the State and Federal Attorney General’s Offices, the Secretary of Government (interior minister) and much less the much-criticized National Commission of Human Rights. The Merida Initiative must recognize this fatal flaw of the Mexican justice system and should center its goals and objectives in guaranteeing the human rights of all Mexicans. 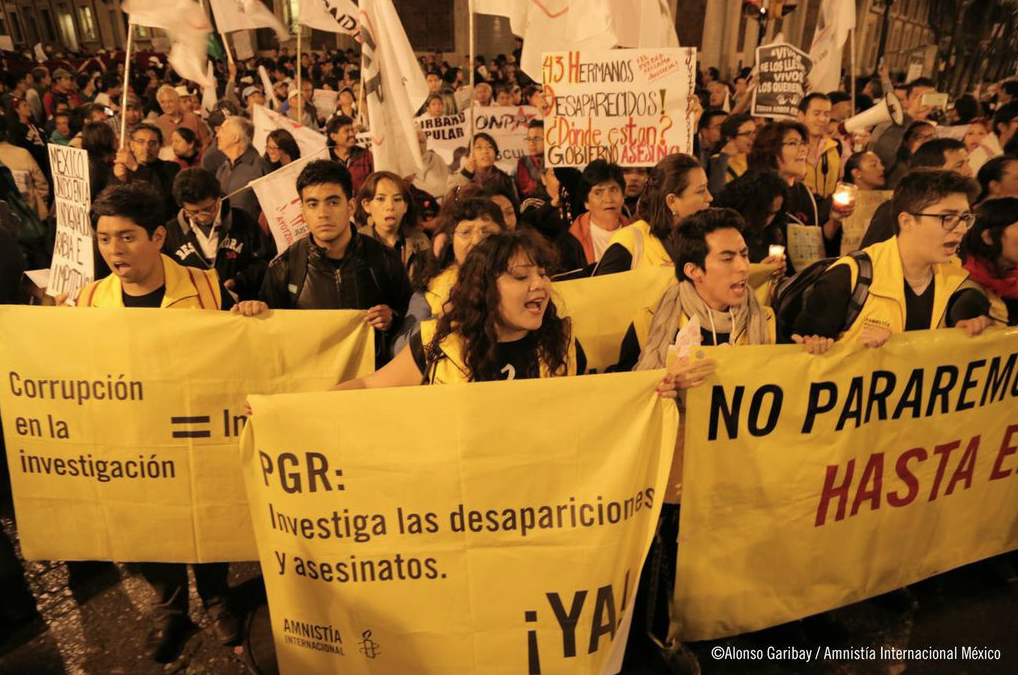