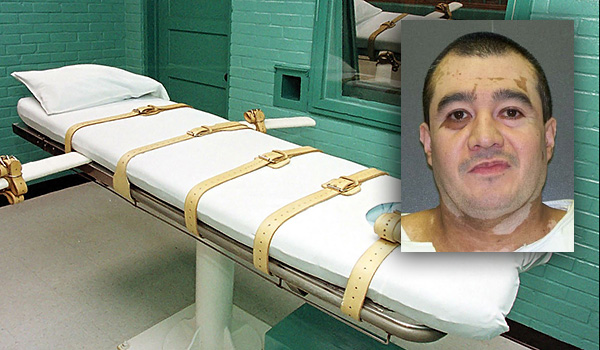 The execution of Edgar Arias Tamayo raises issues of fundamental fairness and a willingness to comply with obligations bigger than state law (Photo Credit: NationalJournal.com).

How much is it worth to keep executions moving forward? What is the price of our machinery of death? In addition to the expense that is above and beyond keeping a prisoner jailed for life, there are the intangibles – the toll on the families of both the victims and the condemned, as well as on the prison staff, and the cost of perpetuating the cycle of violence in our society.

In the case of Edgar Arias Tamayo, executed tonight in Texas, the price may be much higher. We may very well have put our relationships with foreign countries, as well as the safety of Americans living and traveling overseas, at risk.

With the execution of Edgar Arias Tamayo, we may very well have put our relationships with foreign countries, as well as the safety of Americans living and traveling overseas, at risk.

”
In a blatant affront to the United States’ obligations under international law, the state of Texas executed a Mexican national who was denied his consular rights at the time of his arrest, depriving his home country of the opportunity to assist in the defense of his case. Because the trial court denied funding for psychological testing, the jury did not hear significant evidence of Tamayo’s intellectual disabilities, information that could well have tipped the scales towards life imprisonment.

Tamayo’s trial and conviction raised the ire of the international community, including the International Court of Justice, which found that the U.S. has a responsibility to “review and reconsider” the cases of scores of Mexican men, including Tamayo, sentenced to death in the U.S. In the end, clemency was the only thing that could have saved Tamayo. Despite the outcry from Secretary of State John Kerry, former Texas Gov. Mark White, and several foreign countries, he was executed without any review of his consular claim.

Of the 29 foreign nationals, including Tamayo, executed in the U.S. since 1976, only one was informed of his consular rights at the time of arrest. These cases go beyond opposition to the death penalty. They raise issues of fundamental fairness and a willingness to comply with obligations bigger than state law. It should give all of us pause.

35 thoughts on “Edgar Arias Tamayo & the Cost of Killing”