Last year, we released our “Deadly Force” report, highlighting the increasing number of individuals killed by police in the United States. One of the most disturbing findings of the report, noted that all 50 states and Washington, D.C. fail to comply with international law and standards on the use of lethal force by law enforcement officers, and with more than 16,000 police departments across the country, the lack of consistency is evident.

While the United States lacks a proper method of tracking deaths by police, over the last year a number of media sources have documented hundreds of deaths. 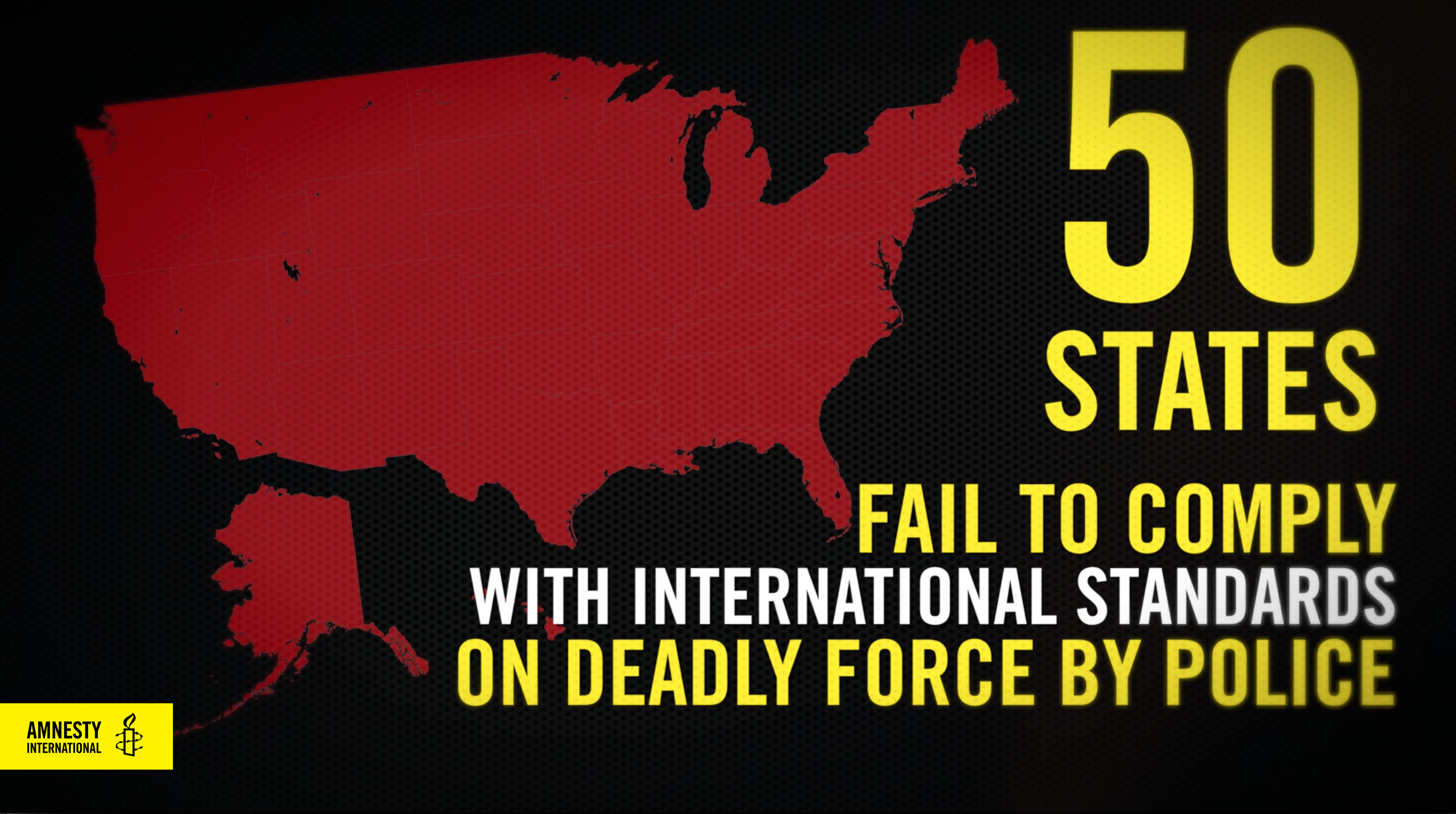 This is not just a problem in the United States. All around the world, more cases are coming to light of men, women and children killed at of the hands of police. More often than not, these victims represent the most marginalized sections of our society. Amnesty’s recent State of the World Report 2015-2016 lists additional countries who face similar challenges with police use of deadly force, including:

Under international law, all people have the rights to due process, to equality before the law and to peacefully protest, all of which are in jeopardy because of the continuous lack of recourse by local governments to ensure police are not placing people’s lives in danger. The UN Code of Conduct for Law Enforcement Officials and the UN Basic Principles on the Use of Force and Firearms by Law Enforcement Officials set out strict human rights safeguards for the use of force. These standards provide that law enforcement should only use force as a last resort and that the amount of force used must be proportionate to the threat encountered and designed to minimize damage and injury. 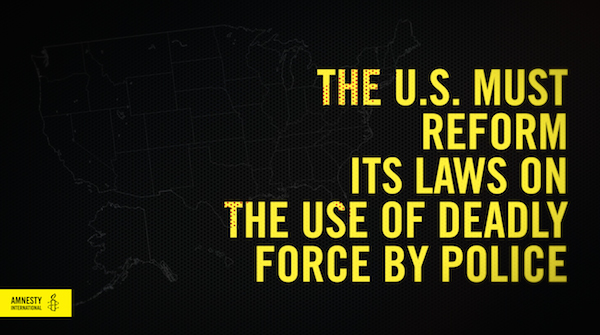 As the death toll continues to grow, there is reason for concern, and the need for all countries to review and revise their use of lethal force statutes to conform with international standards is more urgent than ever. In solidarity we ask you to stand with us, to demand that governments live up to their obligations to ensure that everyone’s human rights are protected, especially and including by those whose mission is to “serve and protect”.