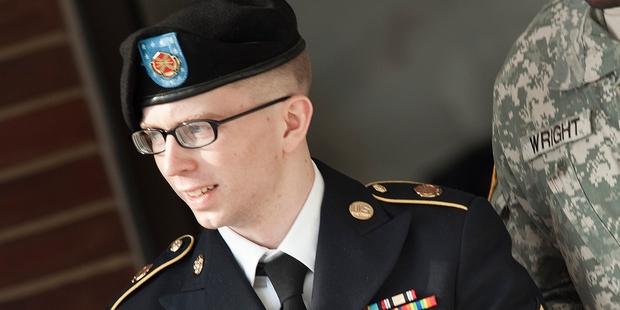 U.S. Pvt. Bradley Manning, 25, has lost his challenge against the charge of “aiding the enemy” (Photo Credit: Brendan Smialowski/AFP/Getty Images).

The decision by the U.S. military judge not to drop the charge accusing Private Bradley Manning of “aiding the enemy” is a travesty of justice. If he is found guilty of the charge, he faces a possible life sentence in military custody with no chance of parole.

What’s surprising is that the prosecutors in this case, who have a duty to act in the interest of justice, have pushed a theory that making information available on the internet – whether through Wikileaks, in a personal blog posting, or on the website of The New York Times – can amount to “aiding the enemy.”

To prove the charge that Manning has “aided the enemy,” the U.S. government has to establish that he gave potentially damaging intelligence information to an enemy, and that he did so knowingly, with “general evil intent.”

It’s abundantly clear that the charge of “aiding the enemy” has no basis and the charge should be withdrawn. This case makes a mockery of the U.S. military court system.