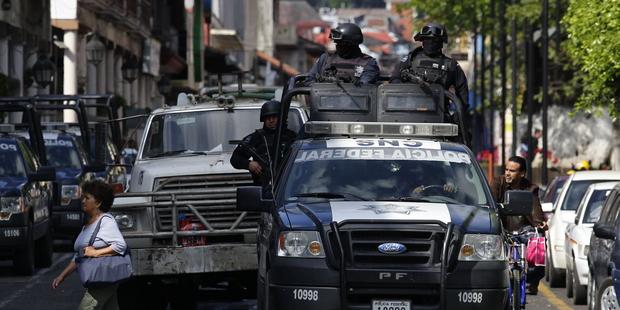 Torture and other ill-treatment is out of control in Mexico. © EPA/Ulises Ruiz Basurto.

For years Amnesty International has been investigating and recording evidence of torture in Mexico. The latest report, Out of Control: Torture and other ill-treatment in Mexico, is full of shocking facts about just how widespread and toxic the problem is. We found:

1. Torture and other ill-treatment is out of control in Mexico – the number of reported complaints in 2013 (1,505) was 600% higher compared to 2003, according to the National Human Rights Commission. Even that increase is probably an underestimate of the true figures.

2. Between 2010 and the end of 2013 the National Human Rights Commission (CNDH) received more than 7,000 complaints for torture and other ill-treatment. The CNDH has seen a recent reported drop in complaints in 2014, but rates are still far higher than a decade ago. 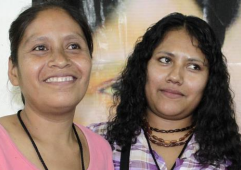 In 2002, Inés Fernández Ortega and Valentina Rosendo Cantú were tortured by members of the Mexican army . Both women were raped, in separate incidents.

3. Fear of torture is widespread. 64% of Mexicans are scared of being tortured if taken into custody, according to a recent survey commissioned by Amnesty International.

4. Reports of torture and other ill-treatment increased as violence spiraled in Mexico after 2006, as a result of the government’s “war on drugs”.

5. Impunity for those who torture is rife. According to the Federal Judicial Council, federal courts dealt with 123 prosecutions for torture between 2005 and 2013; just seven resulted in convictions under the federal law.

6. Official bodies tasked with recording the problem are failing in their duties. Less than 1% of victims of human rights violations, including those who have been tortured, have seen the National Human Rights Commission issue a public recommendation on their cases. All other complaints remain closed to public scrutiny.

7. People picked up by the police can be held in detention for a long time before any charges are filed against them. Between 2008 and 2013, 8,595 people in Mexico were held in up to 80-day pre-charge detention (arraigo) by the Federal Attorney General’s Office. During that time detainees are at risk of torture. The government has reduced the use of arraigo detention since 2013, but not outlawed it.

8. The fear of torture is so great that people who are detained – or their relatives – turn to the courts to try to stop the authorities from torturing them. Between 2005 and 2013, 3,749 federal injunctions were filed in which the detainees tried to seek protection from torture and other human rights violations. It is not known in how many cases injunctions were granted. 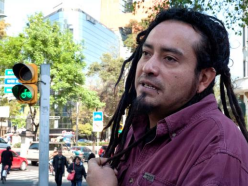 “When we left the prison, I didn’t feel bad, I didn’t feel it, I was happy to be out. But the months after till now have been horrible. I keep dreaming about it, remembering, and crying a lot”. -Alejandro Lugo

9. As of late August 2014 federal officials acknowledge that more than 22,000 people are missing or disappeared in Mexico. Public officials are implicated in some cases of enforced disappearances. The few victims of disappearance and abductions whose remains have been found have displayed evidence of torture and other ill-treatment.

10. A number of torture techniques are reported consistently from different parts of the country. These include the use of near-asphyxiation, beatings, mock executions, sexual violence, death threats and electric shocks.

11. In 2003 the Federal Attorney General adopted a special medical examination procedure to document alleged cases of torture and other ill-treatment based on the Istanbul Protocol, the UN backed procedure for documenting medical evidence of torture. Despite the thousands of complaints only 472 such examinations have ever been conducted.

12. Well-founded complaints of torture are frequently dismissed or downgraded by prosecutors, official medical experts and human rights commissions. Individuals who file complaints with the National Human Rights Commission, on average, only 1 in 20 alleged victims of torture and other ill-treatment are given an official forensic examination by the Federal Attorney General’s Office (the situation far worse at the state level).

13. Only one in eight of those forensic examinations conclude that there is evidence of torture. But even in these cases, the investigation often comes to halt soon afterwards. The Federal Attorney General had only filed 12 charges of torture between 2006 and the end of 2013.

14. In May 2014, following a visit to Mexico, the UN Special Rapporteur on torture observed: “A widespread use of torture and other ill-treatment still persists”.

3 thoughts on “14 Facts about Torture in Mexico”