The DRC and conflict minerals probably rings a bell. It’s well-known that the global trade in the 3Ts (tin, tungsten, tantalum) and gold has financed abusive armed groups in the DRC and fueled conflict. While cobalt is not a conflict mineral, artisanal miners mine cobalt in the southern part of the country under extremely dangerous and abusive work conditions, which are similar to the conditions in eastern DRC where conflict minerals are extracted. A new Amnesty report, This is What We Die For, traces the cobalt supply chain from the artisanal miners to the big brands selling electronic devices, and exposes all the governments and companies along the way that have turned a blind eye to the human rights violations suffered by the miners. 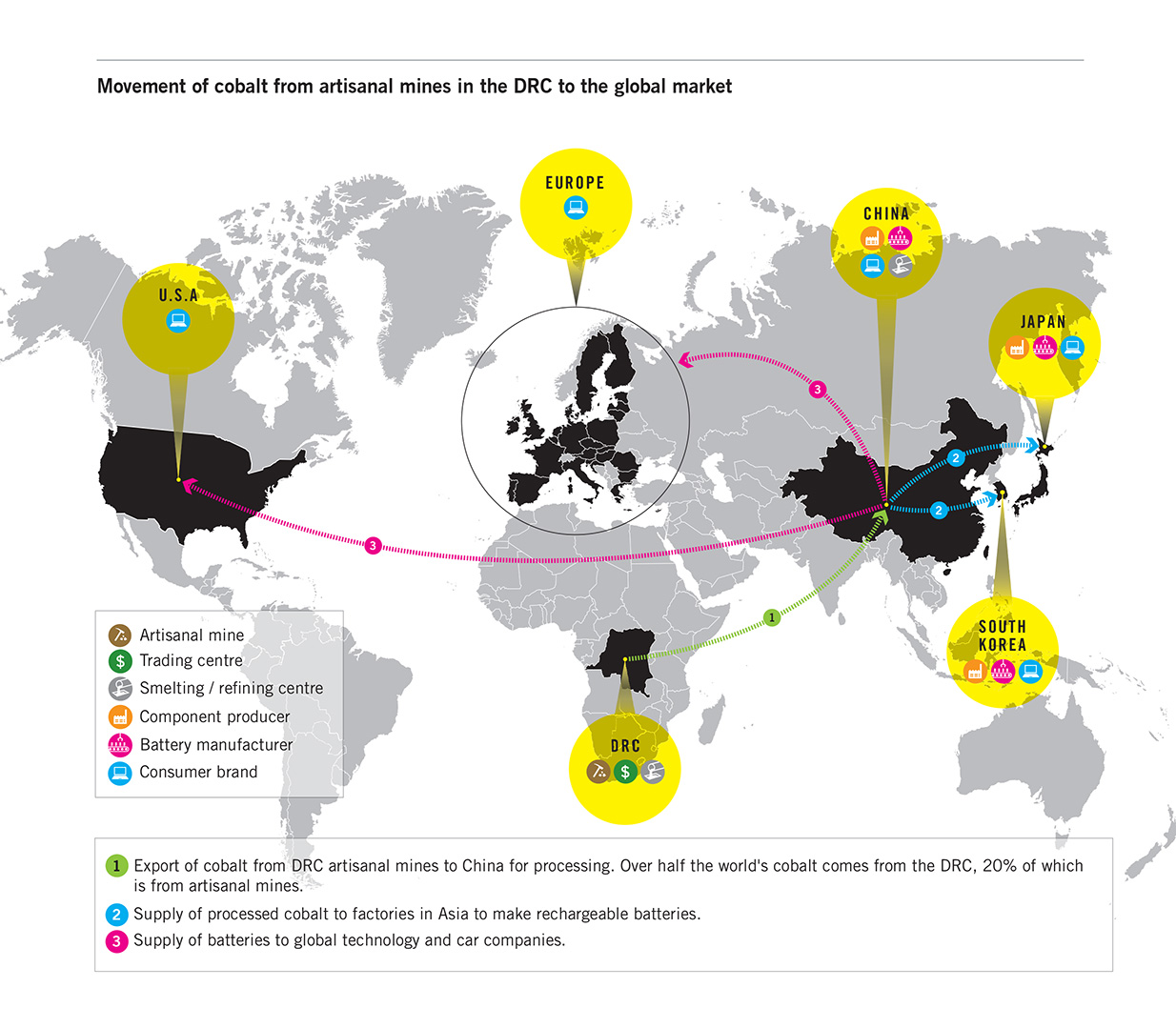 Amnesty researchers traveled to artisanal mining areas in southern DRC to get a first-hand look at the mining activities and to talk directly to people, including children, who work or have worked in the mines. Video footage reveals the extreme conditions. Miners do not have the most basic protective equipment and chronic exposure to cobalt-laden dust results in respiratory problems and even a potentially fatal lung disease, called “hard metal lung disease.”

Hand-dug mines extend tens of meters underground without any support structures and ventilation. Mine collapses occur frequently, but the government does not record the fatalities. According to the International Labor Organization, one of the worst forms of labor a child can perform is mining. Not only are the children not attending school, but they are exposed to numerous health hazards, theft of their meager earnings, and physical abuse by security personnel.

Perhaps the conflict minerals provision (Section 1502) of the Dodd-Frank Act provided you with some hope that it could help address the human rights abuses linked to the extraction of minerals from the DRC? After all, it requires U.S.-listed companies to submit reports to the Securities and Exchange Commission on their efforts to undertake due diligence to check their supply chains for conflict minerals mined in the DRC and neighboring countries. Dishearteningly, Amnesty found that more than three quarters of companies that submitted reports didn’t meet the minimum requirements of the conflict minerals law.

Although cobalt is not a conflict mineral, it is associated with human rights abuses. The reporting requirements in Dodd-Frank 1502 may offer a model for similar reporting on the cobalt supply chain. However, at this time cobalt doesn’t fall under the conflict mineral law’s provisions. And companies know it. Amnesty wrote the “downstream” companies to find out what kind of due diligence measures they are undertaking on their cobalt supply chains. Vodaphone explicitly stated that it is not doing due diligence on the source of the cobalt in its products because U.S. legislation doesn’t require it.

But surely some of the big U.S. companies – like Apple, HP, Dell, and Microsoft – that are subject to Section 1502 would catch the abuses at cobalt mines by the very fact that they have conflict mineral due diligence policies and processes integrated into their supply chain management systems? Apparently not. In letters to Amnesty some companies claimed it was too complicated to undertake due diligence for cobalt, even though doing so would not be much different than doing the same for the 3Ts and gold. Others claimed they did not find cobalt from the DRC in their supply chains or that their cobalt was sourced responsibly, but none could back those claims up with any evidence. A few stated they would investigate further. 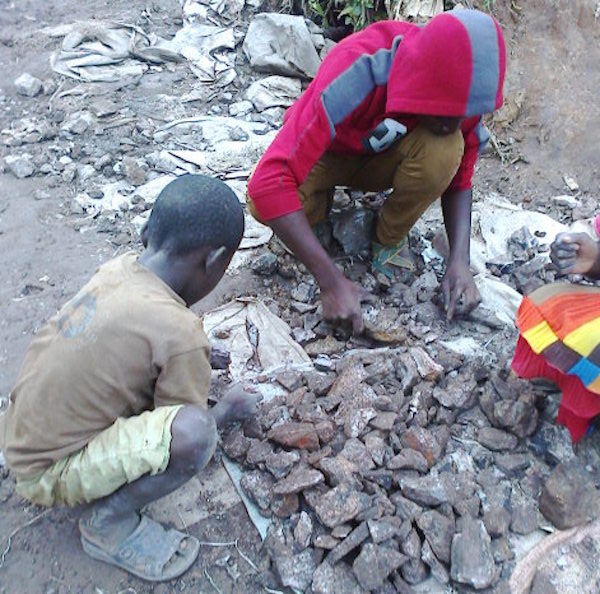 After all their detective work, tracing each tier in the supply chain from the mines they visited to the headquarters of some of the largest tech sector firms, the Amnesty reporters could only conclude that neither governments nor companies were meeting their human rights obligations.

No country legally requires companies to publicly disclose their cobalt supply chains and due diligence practices. Of all of the companies Amnesty wrote, not one said they were trying to trace the source of the cobalt in their products prior to receiving the letter. And none of them could evidence that they are fully meeting the international standard – as laid out in the OECD Guidance for responsible mineral supply chains – for carrying out due diligence on their cobalt supply chains, publicly disclosing their practices, or undertaking actions, with other relevant actors, to remediate the harms suffered by artisanal miners, including the children miners.

Let your networks know about the abuses linked to cobalt mining. Tweet about the new Amnesty report, This Is What We Die For. Some possible tweets are:

A number of the companies that are featured in the report are headquartered in the U.S. Tweet the companies and ask if they know the story behind the cobalt in their products. One possible tweet is:

Or tweet the maker of your phone to ask if and how they know where the cobalt in their products comes from. Two possible tweets are

19 thoughts on “What do you know about your batteries?”