A statement in an AP story, relating to the start of the trial of alleged war criminal Ratko Mladic, recently caught my attention:

… the fact that he [Mladic] is jailed and on trial is seen as another victory for international justice and hailed by observers as evidence that — more often than not — war crimes tribunals get their indicted suspects, even if years later.

This is a very optimistic and strong statement regarding the current state of international justice. Is the reason for optimism justified? I absolutely think so.

Let’s recap some of the recent historic events to bolster my argument that time’s up for war criminals:

Now, not everything in the land of international justice is rosy. This becomes most apparent with the current situation in Syria. Despite overwhelming evidence of crimes against humanity and war crimes, no accountability mechanism has been established and impunity is ongoing. The UN Security Council is not even close referring the situation to the ICC. Unfortunately, the decision to hold perpetrators of international crimes accountable becomes a political decision in this case.

Not surprisingly, politics tends to be a barrier to international justice and certainly remains so in the case of Syria. Related to that, there is a justifiable concern that despite the clear progress, there remains a double standard for accountability. I recommend checking out David Rhode’s current opinion piece in The Atlantic:

At the same time, as people around the globe see war criminals brought to justice, they want to see the world’s most powerful armies held accountable as well. Outside the U.S. and Europe, there is a growing sense of a two-tiered system of international justice. The West puts others on trial for war crimes, the argument goes, while exempting its own forces from scrutiny.

The ICC at Ten: Justice Without Borders

Still, I believe we should be optimistic and the progress that we have seen over the last few years—with the establishment of the first permanent criminal court and the recent verdicts—should not be underestimated. I hope you’ll remember this posting in the future when you’ll (hopefully) read about the capture of ICC fugitives Joseph Kony or Omar al-Bashir.

In order to better track these exciting developments around international justice, we are currently working on a new project that we are planning to launch around the ten year anniversary of the ICC in July 2012. Breaking with past protocol, I decided to give you a little sneak preview of our new site that will map out cases and developments such as the ones described above: 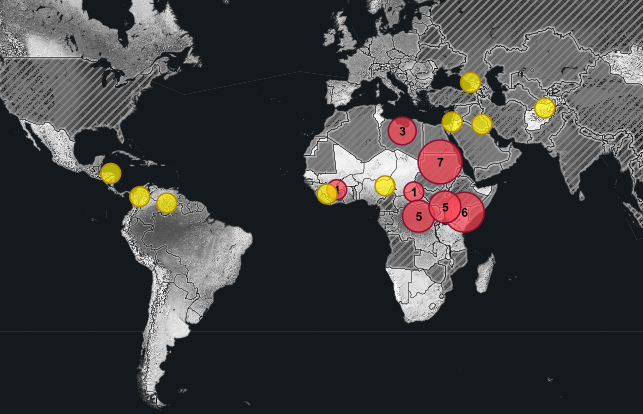 Please note that this preview is only a first draft. With support from our friends at Development Seed we will have a very detailed site soon, which covers various issues from current ICC cases to data on how much countries are donating to the Trust Fund for Victims. Additionally, there will be opportunities for you to become engaged in the issue and support the global strive for accountability.

I wanted to share this work in progress, in order to first and foremost generate some excitement about this upcoming project. Secondly, I am curious to hear your feedback and ideas you might have. Feel free to get in touch with me or leave your thoughts in the comment section.

PS: A major shout-out to my colleague James Conkling who produced the current ICC map.