The Obama Administration’s move in Uganda came after years of U.S. and international pressure on the Ugandan government to drop a new, draconian law further criminalizing homosexuality, which was ultimately adopted in February.

After the law was approved, President Obama declared he was “deeply disappointed” and suggested it “will be a step backward for all Ugandans.” Secretary of State John Kerry called it a “tragic day for Uganda” and concluded, “the only answer is repeal of the law.”

As Kampala continued to refuse to repeal the anti-LGBT law, the United States chose to end its $2.4 million support for Uganda’s community policing program and cancelled a military aviation exercise with Uganda, among other U.S. assistance projects.

In explaining the U.S. suspension, the administration expressed concern that Ugandan police could be involved in human rights violations in the name of implementing the anti-LGBT law. The White House also highlighted a related Ugandan police raid on a U.S.-funded public health program on April 3. 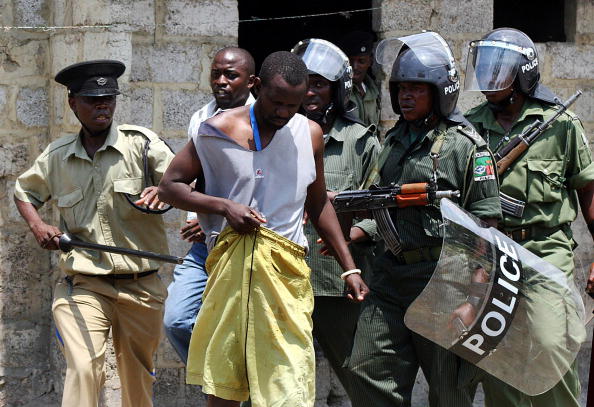 Across the African continent, security forces have increasingly arrested individuals for same-sex conduct with the enactment of laws and policies against the LGBT community. 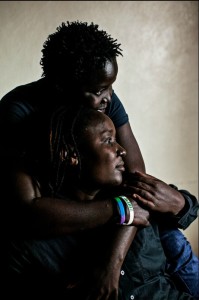 May and her partner in Nairobi, Kenya in April 2013 (Photo Credit: Pete Muller/Amnesty International).

Despite concern over the anti-LGBT law in Uganda, the United States has deployed CV-22 Ospreys and refueling aircraft to support the African Union Regional Task Force Counter-LRA Mission.

State Department Spokesperson Marie Harf stressed that countering the Lord’s Resistance Army (LRA), including taking its leader Joseph Kony “off the battlefield” is a “serious security priority” and is not necessarily mutually exclusive to protecting LGBT rights.

In the past few years, the Pentagon has provided significant assistance to Uganda to help address counter-terrorism operations in East Africa. Under one of the Defense Department’s counter-terrorism funds (Section 1206), the United States provided a total of $33 million to Uganda in 2011 to mostly counter al-Shabaab in Somalia and the LRA according to the Security Assistance Monitor’s database. In 2013, the Pentagon also gave a total of $18.7 million in Section 1206 funding to Uganda, including for tactical drone capabilities.

Although the criteria for when the Obama Administration will suspend U.S. security assistance to countries with anti-gay laws and policies is slightly unclear, the White House’s move clearly indicates it will not tolerate human rights violations against LGBT individuals.

The move also puts other African security forces that continue to target LGBT individuals for serious human rights violations on alert that some of their U.S. security assistance could be negatively affected. As the U.S.-Africa Summit approaches, it will be interesting to see how both the administration and African states respond to this issue.

3 thoughts on “U.S. Restricts Police Aid to Africa Over Effects of Anti-LGBT Law”