Across the globe, lesbian, gay, bisexual, and transgender people (LGBT) continue to face endemic violence, legal discrimination, and other human rights violations on account of their sexual orientation or gender identity. As we move from International Day Against Homophobia, Transphobia and Biphobia this week to Pride month in the United States, Amnesty International stands with everyone working to guarantee the fundamental human rights of all persons, regardless of sexual orientation or gender identity.

First some good news: the past twelve months have seen great victories for the legal recognition of same-sex couples, as equal marriage rights went into effect in Scotland, Luxembourg, nineteen U.S. states, and the Mexican state of Coahuila, and as Chile and Croatia approved same-sex civil unions legislation. Newly passed marriage equality laws in Slovenia and Finland will take effect at a later date. This Friday, Irish voters have the opportunity to make their country the first in the world to approve same-sex marriage rights at the ballot box. Amnesty urges all Irish voters to recognize the right of adults to enter into consensual marriage as is enshrined in international human rights standards.

Last September, Serbian activists scored a major victory for LGBT people exercising their fundamental rights of expression and assembly. Organizing with Amnesty’s support, they successfully held the 2014 Belgrade Pride march, after previous years’ Pride events were disrupted by homophobic violence and prohibited when the police refused to provide adequate security.

“gender identity is considered to be an inherent part of a person which may or may not need surgical or hormonal treatment or therapy” [and that] “sex characteristics of a person vary in nature and all persons must be empowered to make their decisions affecting their own bodily integrity and physical autonomy.”

In April, John Jeannette Solstad Remø – backed by thousands of Amnesty letter-writers – won backing from a key Norwegian government committee in her effort to win legal recognition of her gender without undergoing compulsory surgery. 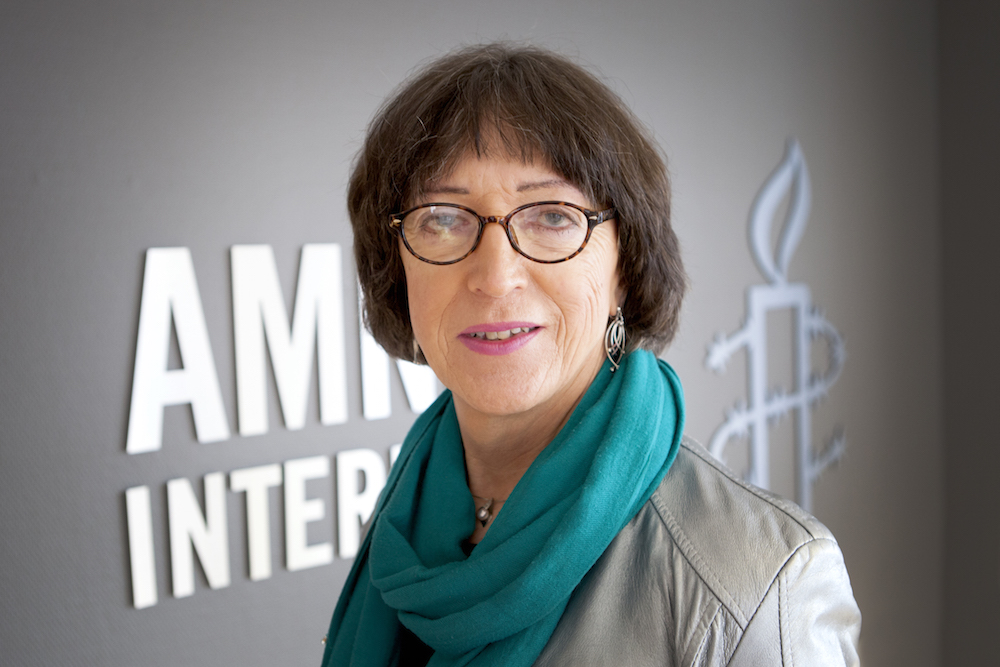 In the U.S., Amnesty International welcomes the recent appointment of Randall Berry as the State Department’s first-ever Special Envoy for the Human Rights of Lesbian, Gay, Bisexual, Transgender, and Intersex People. We are also heartened by the progress towards nationwide marriage equality.

But while we celebrate these victories, we are alarmed by the rise of “religious liberty” bills in the U.S. that cloak anti-LGBT discrimination in the guise of faith. We are also gravely concerned by the number of transgender people, especially transwomen of color, who have been murdered this year, and by the ongoing violence against LGBT immigrants subject to detention in the U.S. Immigration and Customs Enforcement (ICE) system.

We remain deeply concerned that across the globe, at least 76 countries (home to 44% of the world’s population) continue to criminalize same-sex relations. Six countries (Mauritania, Sudan, Iran, Saudi Arabia, Yemen, and Iraq) implement the death penalty for same-sex relations, as do some provinces in Nigeria and Somalia.

78 countries have laws that criminalize consensual sexual relationships between adults of the same sex.

As if homophobic and transphobic violence weren’t disturbing enough, law enforcement often fails to adequately investigate and prosecute hate crimes against LGBT citizens. A recent Amnesty International report documents how the failure of Bulgarian authorities to tackle entrenched prejudice against LGBT people, Muslims, asylum seekers, and migrants is fueling further violence and discrimination. Last August, a Greek-Pakistani couple sitting in an Athens park survived a homophobic and racist attack from at least a dozen men. To date, the Athens police have not punished anyone for this hate crime. 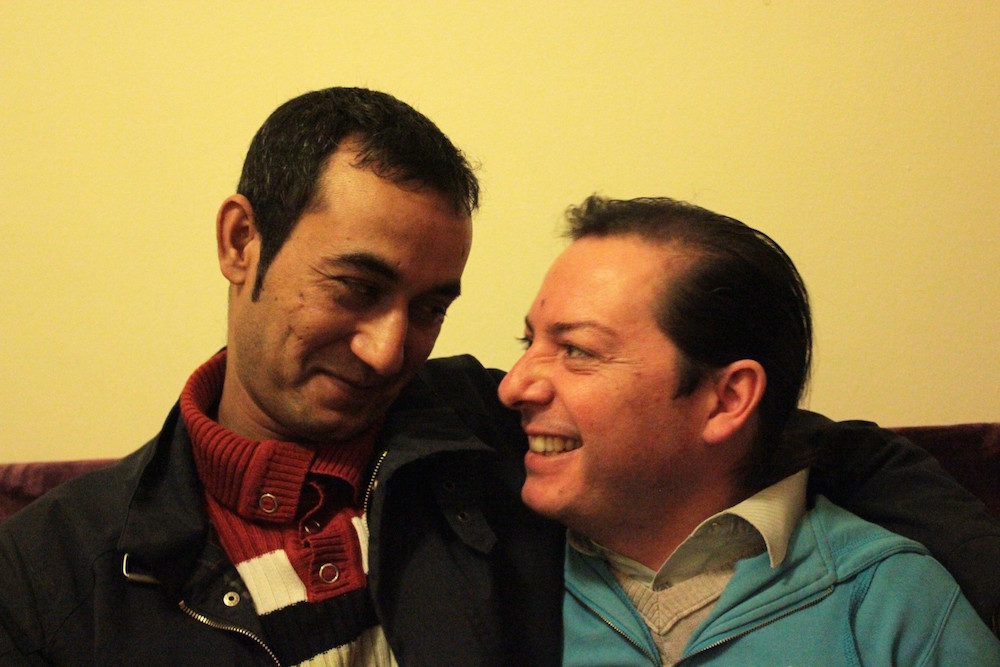 In August 2014, art teacher Kostas, and his partner, asylum-seeker Zabi were violently attacked while out in Varnava Square, in Athens, Greece

In Russia, the severe crackdown on civil society continues to worsen, with LGBT citizens remaining a primary target of the authorities. This past January, a court convicted Elena Klimova, founder of Children 404, an online support network for LGBT youth, of “propaganda of non-traditional sexual relations among minors,” a ruling legal under the draconian anti-LGBT “propaganda” law signed in 2013 by Vladimir Putin.

Russia’s Central Asian neighbors are now threatening to pass copycat laws that define advocating for the human rights of LGBT people as “propaganda.” One such law passed its first reading in Kyrgyzstan last fall. Meanwhile, Kazakhstan’s Senate approved a similar law earlier this year, and that legislation now awaits the signature of President Nursultan Nazarbayev.

Across the Sub-Saharan Africa and the Caribbean, anti-homosexuality laws and colonial-era sodomy acts continue to fuel violence and prejudice against LGBT people. In November, Gambian police and intelligence agents launched a wave of arrests and torture following the passage of a new anti-LGBT law. Part of a broader human rights crisis in Gambia, intelligence agents there have used beatings, sensory deprivation, and the threat of rape to extract information. LGBT Jamaicans face the risks of physical and sexual violence, losing their jobs, getting thrown out of their homes, and even being murdered, with little protection coming from the authorities, who can point to discriminatory “buggery” laws that date back to the island’s colonial past.

As we move from the International Day Against Homophobia, Transphobia and Biphobia to mark Pride across the United States, Amnesty International reaffirms our core belief that all people, regardless of their sexual orientation or gender identity, should be able to exercise their full human rights, and we stand in full solidarity with LGBT people whose fundamental rights are endangered. Join us and defend human rights for all people.