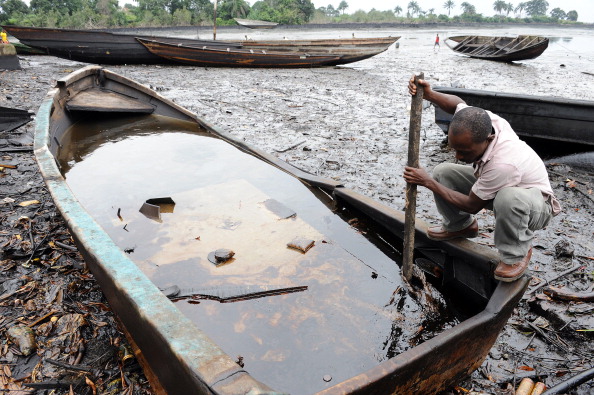 While sabotage of oil pipelines in the Niger Delta is one cause of pollution, it’s not nearly such a major issue as Shell’s public relations machine likes to make out. Many spills are caused by leaks from pipelines that are old and poorly maintained, and Shell’s claims about the extent to which sabotage causes pollution have been strongly challenged by communities and NGOs, including Amnesty International.

This week’s ruling means Shell can no longer point to sabotage as if the company has no responsibility for this problem, and it should have wider ramifications for Shell’s Nigeria operations. The extent to which the company has acted to prevent sabotage must now be closely monitored, with particular scrutiny given when oil spills are attributed to sabotage.

The court ruling was, however, a blow for the three farmers whose claims were dismissed, and exposes the formidable obstacles facing the people of the Niger Delta in their ongoing struggle to get justice after more than half a century of pollution.

All of the plaintiffs were faced with an almost impossible task in proving their cases. They alleged the oil spills were due to operational failure, and not sabotage, a crucial distinction for determining the extent of the company’s liability. However, in considering the four farmers’ claims the Dutch court had to rely on Shell’s own oil spill investigation reports.

Research by Amnesty International has exposed serious flaws in the oil spill investigation process in Nigeria. Shell itself leads all investigations into spills from its facilities, creating an obvious conflict of interest. Although community members in theory are part of the investigation process, in practice if the community disagrees with the oil company’s assessment, Shell simply overrides them. Nigerian communities have no access to independent assessments of the cause of oil spills or the associated environmental damage. 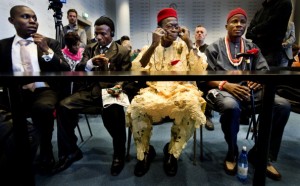 While the farmers involved in the Dutch case were able to present some evidence that cast doubt on Shell’s sabotage claims, this was deemed insufficient to meet the evidence threshold.

It is, without doubt, vital to ensure that there are strong and clear requirements to provide evidence to substantiate allegations. However, we also need to look at how to level the playing field when poor communities affected by corporate activity are confronting powerful, well-resourced companies.

In the Dutch court case, the four plaintiffs were confronted with a legal system where the barriers to obtaining justice are very high. Throughout the court judgement it is clear that the farmers simply did not have access to the information and expertise to challenge Shell’s assertions.

The plaintiffs in this case had requested access to documents held by Shell, which – they believe – would have helped support their claims. Shell holds most of the data on oil spills and related measures. Under Dutch legal rules, in order to obtain the necessary documents from Shell, the farmers virtually had to prove their claim before the court hearings started. Their request for key documents was denied.

When one party holds all the cards, such restrictive disclosure rules can be an obstacle to justice. They can mean that deep inequalities in power are perpetuated. It is time courts begin to recognize the significant inequality of arms in these types of cases and interpret and apply the rules in a way that redresses the imbalances.

The Dutch court’s decision also raises concerns about serious limitations in Nigerian law (which was the law applied in this case). Friends of the Earth Netherlands, who were given standing in the case, argued that Shell should be liable for inadequate response to oil spills. The court found that under Nigerian law there is liability for the consequences of a spill but not for failure of the company to respond adequately.

This is clearly a serious problem, given that delayed and inadequate clean-up of oil pollution can significantly exacerbate the damage to the environment and people’s human rights, particular the rights to health, food, water and livelihood.

In 2011, following a two-year scientific assessment of oil pollution in Ogoniland in the Niger Delta, the UN exposed serious and systemic problems with Shell’s clean-up efforts. According to the UN report it was evident “that [Shell’s] post-oil spill clean-up of contamination does not achieve environmental standards according with Nigerian legislation, or indeed [Shell’s] own standards.”

The fact that the law appears unable to hold oil companies responsible for the ongoing damage is a serious gap in protection and one Nigeria must close. A recent land-mark decision by the West Africa ECOWAS court, which found that Nigeria had failed to properly regulate oil companies and their negative impacts, opens the door for strengthening Nigerian law in this area.

The outcome in the Dutch court case is one battle in the far greater fight for justice in the Niger Delta. Despite the challenges identified above, the case is significant because it shows how one victim has managed to overcome at least some of the obstacles, get into a European court and achieve a measure of redress.

The plaintiffs were also successful in establishing the jurisdiction of Dutch courts over both Shell’s parent company and the Nigerian subsidiary, setting a positive precedent for other foreign victims of abuse by Dutch multinational companies.

Both are small but important victories in a fight for justice that is gaining momentum.

6 thoughts on “Shell’s Niger Delta Pollution: The Good, the Bad and the Ongoing Quest for Justice”