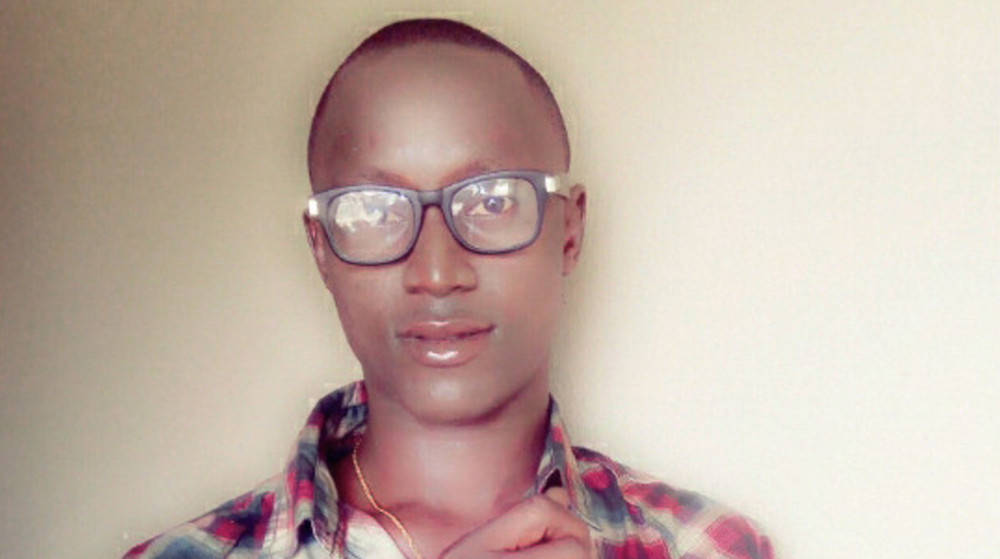 When I called my mother from prison to tell her I’d been pardoned after 10 years in jail, she fainted. I was told they had to pour water on her to revive her. Later, when she saw me for the first time after all those years in jail, she grabbed me and held me so tight. She wouldn’t let go for almost 15 minutes. The whole time she had tears of joy streaming from her eyes.

Football and juice: celebrating with my death-row friends

I was also overwhelmed with joy when I found out about my pardon at 4pm on 28 May. Initially I couldn’t even speak, I was so happy. The day after hearing the news, I celebrated in prison by organizing a football match between death-row inmates and other prison inmates. I’d been the death-row team football coach during my time in prison. We won the match 3-0! Everyone was so happy to play.

That Sunday I went to the prison church. I bought some biscuits and fruit juice to share with other inmates in church and an announcement was made that I was being released. Everyone was happy. I had friends in prison; I had been teaching English and Maths to fellow inmates and those students who were keen became my friends.

I was released a few days later. That first evening at home, my mother prepared a special dish – Okro soup with beef. The whole family ate together at the dining table. Afterwards, there was a party with family friends and we sang songs, played music and prayed. We prayed for all the activists who campaigned for my release, those from Amnesty international and Justine Ijeomah [the Director of HURSDEF, Nigeria’s Human Rights Social Development and Environmental Foundation] and his wife, Goodness Justine. Drinks were shared around with everyone at the party.

The first night I slept in my new bed, I slept so well. What struck me most was that at 5am, I did not hear the prison wake-up bell. I waited for it, and then realized that it was not a dream, but in fact I really am free. When I realized that, I felt freedom deep in my spirit. Things had changed for good. I went back to sleep and slept until 10am, fully enjoying my ‘freedom sleep’. My family came to wake me up but I told them to let me sleep longer. It was such a good sleep.

In those first days of freedom I bumped into an old school friend and he looked at me like he’d seen a ghost. We have a local belief that if you pour sand on a spirit it will vanish, and he started to pick up sand from the ground and pour it on my body! I told him – ‘don’t pour sand on me, I’m alive, I’m not a ghost!’ At that, he touched me and hugged me: he thought I had been executed. He told me he would never forget the last time he saw me before my arrest 10 years ago.

At home, everything felt strange to me, even though I’m so relieved to be free. Lots of things have changed in the 10 years since I was arrested: new bridges have been built and the use of laptop computers and phones is common now.

I’m joining the fight against torture

My plans now I’m free are to continue my education and get as far as I always dreamt – I want to be a doctor to fulfill my late father’s wishes. But I’ll also be a human rights activist and help others who face the same challenges that I did. I have already filled out an application form and had a passport photo taken – the requirements for becoming a volunteer activist with HURSDEF. The Director, Justine, welcomed me warmly as ‘Comrade Moses Akatugba’. I told him: Justine, I’m joining the fight against torture so that others will not go through the pain that I did.

On 28 May 2015, Moses Akatugba, a Nigerian death-row inmate, was pardoned after nearly 10 years in jail. He had been tortured to confess to a crime he says he never committed. Over 800,000 activists sent letters demanding justice for Moses.