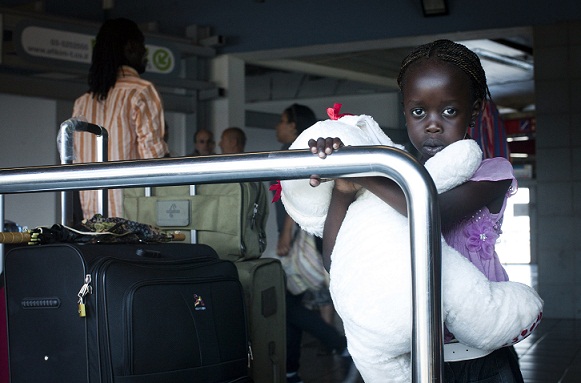 This reprehensible law imposes prison time of 5 to 7 years on asylum seekers who enter Israel irregularly.

”
The Israeli authorities have routinely denied access to determination procedures for Eritrean and Sudanese asylum-seekers. Amnesty estimates that Eritreans and Sudanese comprise some 80% of all asylum seekers in Israel.

The Knesset recently passed the onerous amendment to the “Prevention of Infiltration” law, which—in contravention of international law and the Refugee conventions—criminalizes asylum seekers who enter or reside in Israel “irregularly” (who enter or are present in a country without documents). This reprehensible law imposes prison time of 5 to 7 years on asylum seekers who enter Israel irregularly.

“Regularity” for people fleeing from persecution is surely a luxury. 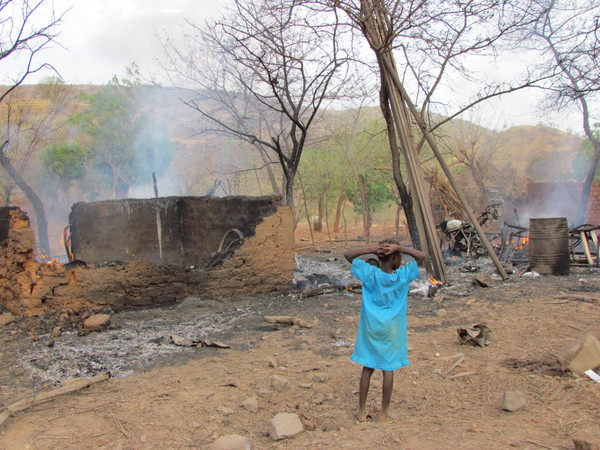 A child looks at burning remnants after an Antonov dropped two bombs in Kauda, Southern Kordofan, Sudan, on 29 April 2012.

What is more, Israeli authorities’ denial of determination for asylum seekers, and the amended Infiltration law itself, flies in the face of 60 years of refugee and asylum law and practice. Under the 1951 Refugee Convention and the 1967 Protocol, states are not permitted to impose penalties on refugees for simply entering a country or being present illegally.

The passage of the Infiltration amendment and the recent explosion of violently xenophobic rhetoric such as ‘Sudanese being a cancer’ seem difficult to decouple, in my mind.

World Refugee Day also commemorates the passage of the 1951 Refugee Convention setting out the rights of and responsibility toward refugees. The convention itself was borne from challenge of dealing with the millions of refugees displaced by Nazi aggression and persecution, and the devastating displacement caused by the war in Europe.

The Israeli parliament must immediately repeal the “Infiltration” bill, which is wholly incompatible with international law, and must grant clear and non-discriminatory determination access to the tens of thousands of asylum seekers in Israel.

The failure to grant due process and the criminalization of asylum seekers in Israeli is not in keeping with decades of global efforts to protect the persecuted and displaced. And it is a blemish on today’s anniversary.

6 thoughts on “Israel As Safe Haven For Refugees? Not Even Close.”