This past year has been challenging, as Russia, Uganda, and Nigeria have all passed draconian laws restricting the fundamental human rights of both LGBT citizens and those who work to protect their rights to free assembly and expression. Distressingly, copycat anti-LGBT laws are pending elsewhere in Eastern Europe, Central Asia, and Sub-Saharan Africa. 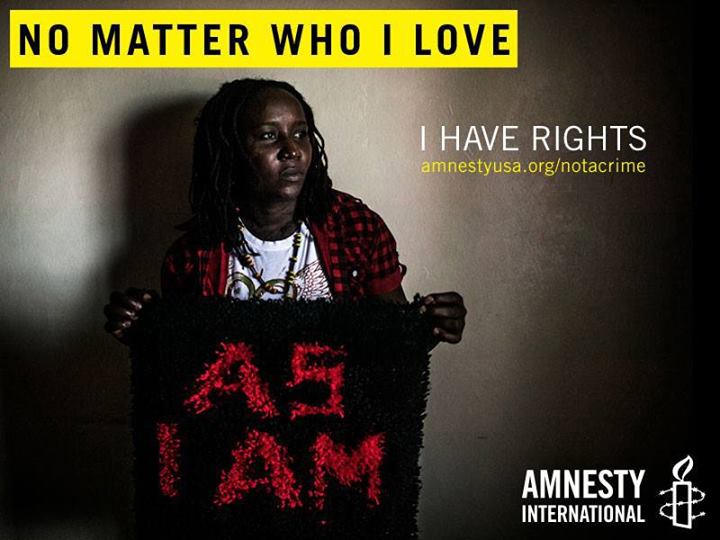 On Thursday, Amnesty International and Human Rights Watch jointly reported a surge in human rights violations in Uganda since the passage of the Anti-Homosexuality Act in December 2013. The report found that:

In a country where the climate for LGBTI people was already hostile and discriminatory, LGBTI people have faced a notable increase in arbitrary arrests, police abuse and extortion, loss of employment, evictions and homelessness, and scores have fled the country. At least one transgender person has been killed since the bill was signed, in an apparent hate crime. Health providers have cut back on essential services for LGBTI people, who also fear harassment or arrest if they seek health care.

Amnesty International is gravely concerned by these developments, and will continue to support Ugandan human rights activists working for change. We also stand with activists calling for the decriminalization of homosexuality in those countries where discriminatory laws remain on the books.

We continue to monitor the conditions in Cameroon, where in January, prisoner of conscience Roger Jean-Claude died following his incarceration for sending a text message to another man that said, “I’m very much in love with you.”

Amnesty International also continues to demand justice for Noxolo Nogwaza, a South African lesbian sexually assaulted and murdered in 2011. Three years after Noxolo’s death, her murderer(s) remain at large and no meaningful investigation has taken place.

“Freedom of Expression” is the theme for the 2014 International Day Against Homophobia and Transphobia . Amnesty International supports LGBT Pride events everywhere, particularly in countries where the rights to freedom of expression and assembly of LGBT people are under threat.

With Pride season rapidly approaching in the United States, we encourage participants in Pride marches and festivals to express their solidarity with those LGBT people and allies for whom taking part in Pride risks arrest, violence, or worse. For more information, please see Amnesty’s 2014 Pride Toolkit.

In Serbia, Belgrade Pride 2014 is scheduled for May 31. In 2010, Belgrade Pride was marred by violent counter-demonstrations. The 2011, 2012, and 2013 Pride events in the Serbian capital were all cancelled after local authorities explained they lacked the capacity to ensure adequate security in the face of “serious security threats.”

Amnesty International has been working with Belgrade Pride organizers, and calls upon city and state authorities to allow all Pride events to go ahead without hindrance. We furthermore call upon those authorities to ensure adequate police protection to organizers and participants in Belgrade Pride, in line with Serbia’s international obligations to guarantee the rights to freedom of expression and assembly. 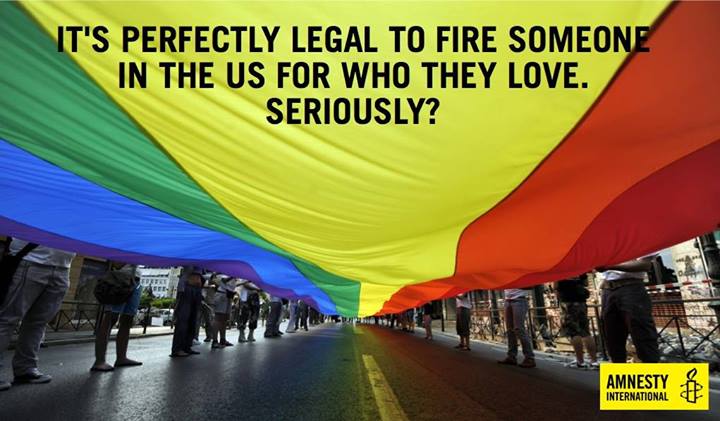 In November 2013, the Employment Non-Discrimination Act passed the U.S. Senate for the first time. We call on Amnesty’s members and supporters to contact their Representatives, asking them to protect human rights and ensure workplace equality by voting for ENDA.

2 thoughts on “The State of LGBT Rights Around The World”