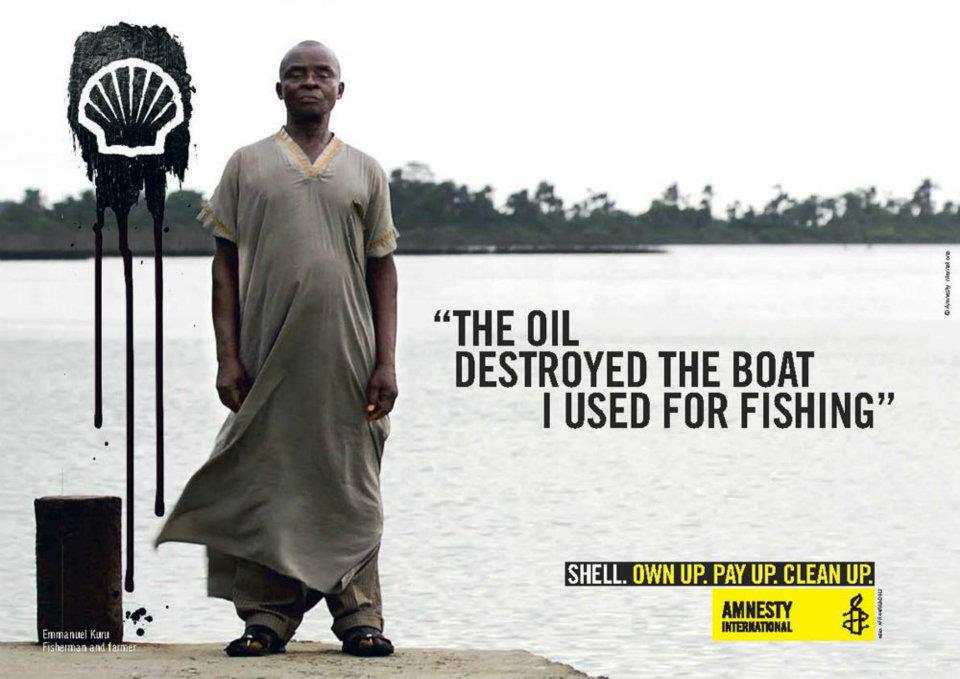 “People are dying silently. The oil companies bring sickness to our communities,” a man from a polluted community in Nigeria’s Bayelsa state told us.

But when it comes to oil spills in the Niger Delta, it’s not what you’ve suffered or what you know; it’s what you can prove.

This simple fact has hampered communities from obtaining justice, even when their lives have been turned upside down by pollution. Because the oil companies have significant control over determining vital data about oil spills, the affected communities lack reliable and impartial information, meaning they can’t effectively tell their side of the story.

When it comes to oil spills in the Niger Delta, it's not what you've suffered or what you know; it's what you can prove.

”
In the past week, we’ve been trying to change that dynamic. We’re in Port Harcourt, where we’ve been running workshops for a group of 60 men and women from communities in Rivers and Bayelsa States on how to effectively monitor oil spills themselves.

They’ve come from far and wide across the Niger Delta, and among them are a chief, families, and a young girl. When they return to their communities, we want to ensure that when an oil spill occurs, they can gather the evidence they need to be able to claim their right to redress.

Photos and videos indicating the cause of a spill, the amount of oil spilled, and the area affected are crucial elements of this evidence. This information is often incorrectly recorded during the official investigation process, due to, among other things, the fact that the companies themselves are the primary investigators and serious weaknesses in some of the technical processes. 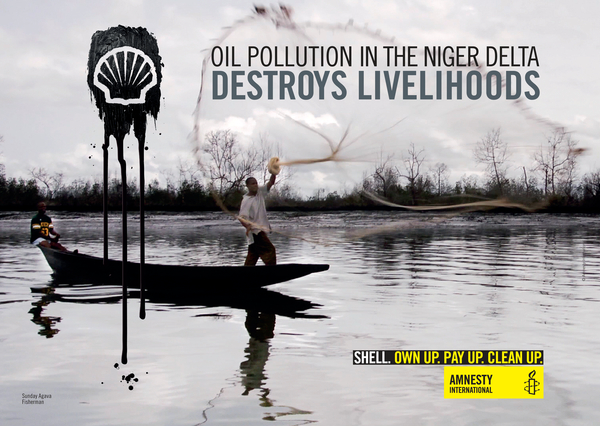 Participants at the workshop also had an opportunity to share their experiences of living with pollution.

They described how oil completely destroys the environment that they rely on for their food, water and livelihoods. Over lunch we all ate spicy jollof rice or local soup with garri – but the community monitors often eat fish or yam that leave the acrid after-taste of petroleum in their mouths. Their crops are ruined and they have to travel much further to fish. People collect rainwater to drink, but they say that even this is discolored and contaminated.

Women attending the workshop described how they are particularly affected by pollution. For example, they are often the first to suffer the impacts of a spill because their livelihoods tend to rely more on their immediate surroundings. Despite this, women are usually excluded from the investigation and compensation processes.

Many of the participants blame the persistent spills in the Niger Delta on the oil industry’s failure to properly maintain and secure the pipelines and other infrastructure.

Gloria, a woman from Ogoniland, told us: “Shell pipelines run over land near my house. Those pipes are older than I am. Last year, there were a number of spills from the same point on the pipes.” The training workshops alone will not address the systemic problems that underpin the human rights and environmental catastrophe in the Niger Delta. But good data and video footage can prevent companies from underestimating the size of oil spills or falsely blaming spills on third parties, and this could have major implications for whether or not a community receives compensation or a site is properly cleaned up.

Furthermore, such information will also help Amnesty International and CEHRD to continue to counteract the oil companies’ public narrative about their operations in the Niger Delta – particularly the claim that the vast majority of oil spilled in the region is caused by third-party activities.

Although sabotage and theft are a serious problem, this claim entirely lacks credibility. Many spills are caused by old and inadequately maintained pipes and wellheads.

We know from experience that independent monitoring can work. For example, in 2012 we exposed how a massive 2008 spill at Bodo was far larger than Shell’s official estimate, simply by giving a video of the spill – taken by the community – to an oil pipeline expert in the USA for analysis. The data is being used by the Bodo community for an ongoing legal case in the U.K.

The community monitors who have attended the workshops will not have an easy task, and throughout the training we emphasized that safety and security – theirs and others’ – is paramount. Oil company contractors frequently cordon off oil spill sites to restrict access. The military Joint Task Force, who we regularly see patrolling the region in jeeps, armed with assault rifles, may well try to curtail the monitoring activities or seize the information. The training also emphasizes documentation without interference at the spill site.

Amnesty International and CEHRD will make sure the companies and government know that we are watching them closely and will strongly protest any efforts to prevent community monitoring of oil spills.

In this context, knowledge is power – as long as it is backed up by evidence. Men and women living in the Niger Delta should feel empowered to challenge the oil industry and demand justice.

3 thoughts on “How Nigerians Are Fighting Back Against Oil Companies”