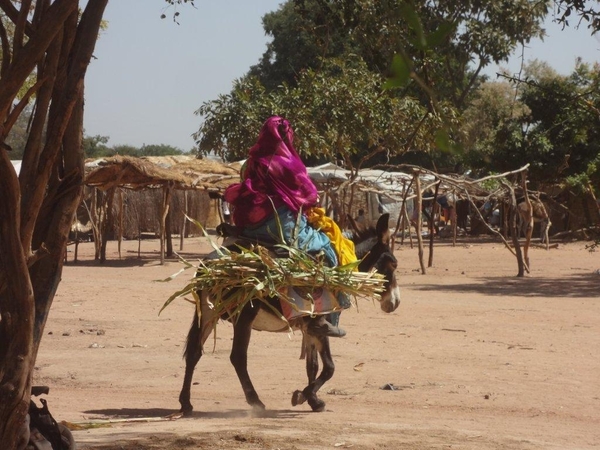 More than 30,000 have left Darfur and crossed over into Chad as refugees since the beginning of the year, the highest number to flee in years.

”
Untold thousands more are newly displaced in Darfur, where they are too far from the border to reach safety in Chad. Capacity to assist refugees in remote areas of eastern Chad is already strained and will be all the more so if there is another large influx.

Meanwhile, relations between Chad and Sudan – which have been amicable since 2010 after years of belligerence, cross-border clashes, and support for armed opposition groups – appear to be increasingly strained because the current violence is so close to their shared border. Chad fears that the fighting might again spill over into its territory, as it has in the past. Sudan assumes that armed groups carrying out attacks in Sudan may use refugee camps in Chad for shelter. If the two countries return to warmongering and finger-pointing, that will almost certainly not make things any easier for Darfuris displaced on either side of the border.

No wonder that a young man I spoke with in the Abgadam Refugee Camp, not far from the volatile conflux of the borders of Chad, Sudan and the Central African Republic (CAR), told me that it always feels like “something could explode at any moment.” One more cattle raid. One more village attacked. One more wave of refugees. A further turn for the worse in CAR. And this region could explode. 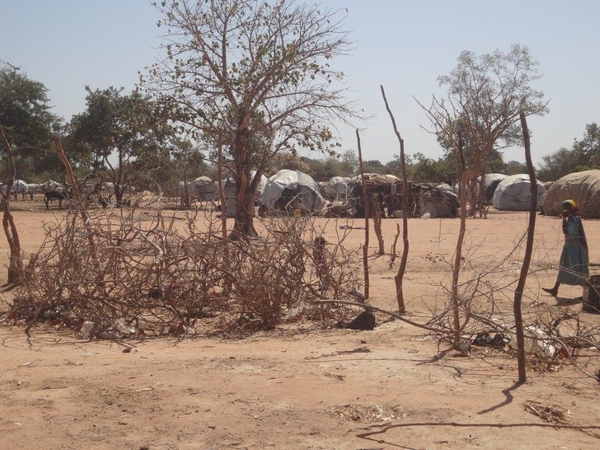 Most of the refugees in Abgadam came in April after a surge in fighting and grave human rights abuses in Central Darfur State – some of the worst violence in the region in years © Amnesty International.

Yet the world does not seem to be paying close attention. In the same camp, meeting with a group of Sheikhs representing the Masalit community, our Amnesty delegation was thanked profusely for coming. They told us they are very grateful for all that the international community is doing to provide them with food and water. But they asked us if the rest of the world knows how quickly things are “changing for the worse” in Darfur?

Last Thursday, Nov. 14, as we prepared to leave the area surrounding Abgadam Camp, fighting along the border intensified again. Reports came in of several people killed, and people on the Chadian side of the border described seeing villages in Darfur engulfed in smoke. It felt as if everyone – refugees, humanitarian workers, UN officials and Chadian authorities – was collectively holding their breath.

Rumors swirl. Will there be further counter-attacks? Are more refugees coming? What of the thousands of refugees living in the brush, most of them Misseriya, around Abgadam Camp, with its largely Salamat inhabitants?

And there is increasing talk of possibly relocating refugees to a new camp further away from the border. It would be an understatement to say that Abgadam is located in a very volatile area. At the same time, it is where the refugees want to be. They have close ties with the Chadian population in this area and feel that they are close enough to go back home as soon as it becomes safe to do so. When we have asked refugees at Abgadam what they thought of the possibility that they might be transferred to a new site several hundred kilometers further inside Chad, we hear nothing but defiance.

One elderly man told me: “I’m too old to be moved to a place where we have no friends. I won’t go. I’d rather go back and die in Darfur or even die right here.”

No decisions about relocation have been made, but the rumors themselves have most definitely become a source of considerable agitation. This year has seen the highest refugee exodus out of Darfur since 2006 © Amnesty International.

Many times over the course of this mission, I have found myself remembering the women, men and young people I’ve encountered in recent missions not that far from here, along the South Sudan/Sudan border, investigating human rights abuses in Sudan’s Southern Kordofan State.

During interviews in April 2012 in the sprawling Yida Refugee Camp in South Sudan’s Unity State, very close to the Sudanese border, or in January 2013 as we traveled through villages that have been bombed in Southern Kordofan, the themes that emerged and the questions we were asked were so similar to what we are hearing now in Chad. “When will this end?” “Does the world know what is happening?” “Why do they want to move us from this refugee camp? We won’t go.” “Please make the Sudanese government stop violating our rights.”