We found a young girl crouching in the corner of an abandoned house. She had been there, alone, without food or water, for four days. The rest of her family had been killed. She was terrified, and so weak she could not even stand.

To find her, we had just walked down a street littered with bodies, including 3 women and a baby. Small bundles of clothing were found near the bodies – indicating they were slaughtered as they tried to flee. 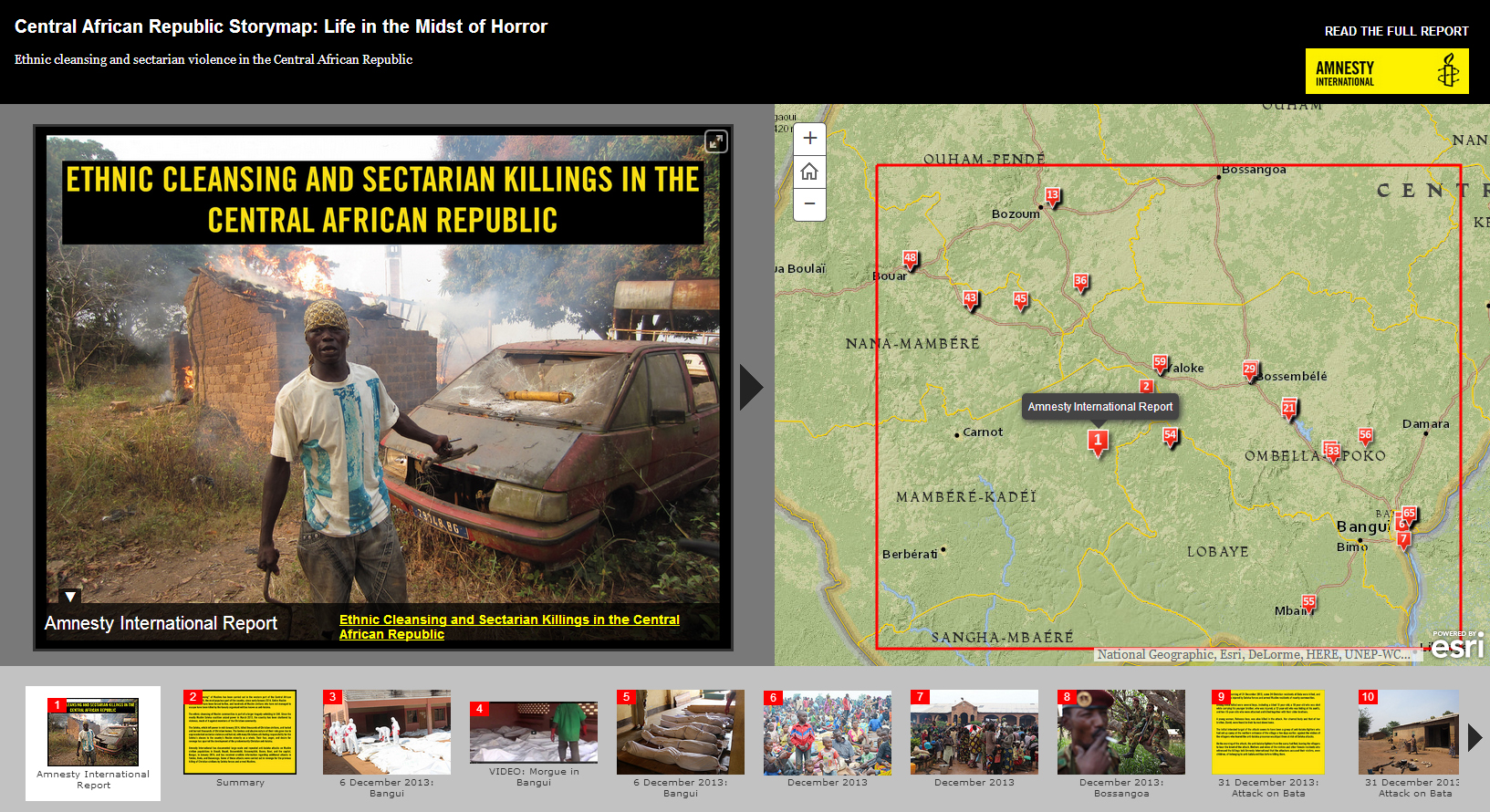 Sectarian violence has spiraled out of control in the Central African Republic. Militias are carrying out violent attacks in an effort to ethnically cleanse Muslims from the country while Christian victims of earlier attacks continue to find no justice.

War crimes are on the rise while the international community drags its feet. Help Amnesty push for a desperately needed increase in peacekeeping operations to protect lives and human rights and restore the rule of law.

Tell the U.N. and the African Union to act quickly and decisively to protect Muslim men, women and children who remain in the country, restore law and order for Muslims and Christians.

Peacekeepers could have prevented this massacre, but in too many communities, they are nowhere to be found. They have been reluctant to challenge the anti-balaka militias that are carrying out the barbaric campaign of ethnic cleansing against Muslims.

Meanwhile, Christian individuals and communities have yet to find any justice or accountability for brutal attacks that ravaged their communities before the anti-balaka militias filled the power vacuum. Members of both communities are at risk.

Tens of thousands of Muslims have been forced out of their own country. Others can’t leave for lack of funds for transport or fear of being attacked on the roads. Whole neighborhoods have been abandoned. Mosques and property destroyed.

The anti-balaka militias themselves were formed in response to mass killings by Muslim militias linked to the former government – gripping the country in a cycle of violence and vengeance.

The international community’s reaction to these human rights atrocities has been shamefully inadequate. We need your help to break through – please take action with Amnesty right now.

One thought on “HAPPENING NOW: Horrific Violence and U.N. Peacekeepers Are Nowhere to Be Found”