”
“It is only me looking after the children,” says Ayaan. “My parents were both working, but now we have very little. The children are out of school. I want my parents to come back.”

Ayaan’s experience is far from unique for refugees in Kenya today.

Since the operation began, many refugee children have stopped attending school either through fear or circumstance. As a result, hardworking students are desperately worried about dropping behind whilst others find that they can no longer sit the exams for which they had been preparing.

The Somali community in Kenya have been disproportionately targeted by the current security operations. Thousands have been subjected to arbitrary arrest, harassment, extortion and ill-treatment since Usalama Watch began in early April. 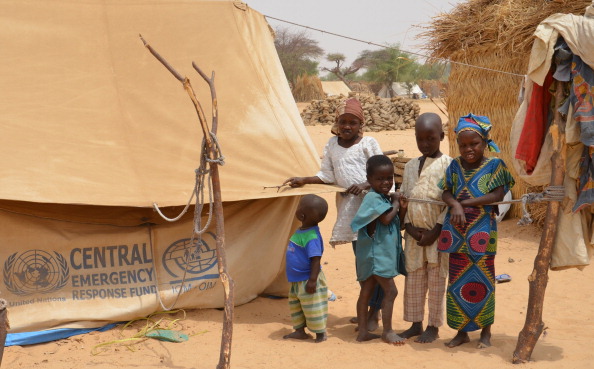 During the course of operation Usalama Watch, more than 300 refugee children have been separated from their families (Photo Credit: Boureima Hama/AFP/Getty Images).

At least 2,500 people have been forcibly relocated to overcrowded, insecure refugee camps and hundreds of others have been expelled back to Somalia, despite the deteriorating security situation there.

Amnesty International is not aware of any Somali arrested during the operation who has been charged with terrorism-related offences, let alone convicted. Somalis are being treated as scapegoats.

Despite their marginalization, many Somalis have played an important part in Kenya’s economic and cultural life, running businesses and boosting the economy. This contribution is now under attack.

No one denies that Kenya faces legitimate security concerns. But victimizing an entire community is not the way to deal with insecurity, and will only breed hostility. Meanwhile, families continue to be torn apart and livelihoods lost.

Children are being separated from their parents and are missing out on their education. All the while, attacks keep happening.

World Refugee Day gives us the opportunity to reflect on the suffering of people forced to leave their countries in order to escape war, persecution, or natural disaster.

As one Kenyan man said:

“It is not my wife’s fault she had to flee for her life, and become a refugee. It is not my daughter’s fault for being born to this world by a refugee parent. She has had to suffer for being who she doesn’t even know she is. A refugee’s child.”

One thought on “Families Torn Apart in the Name of Security”