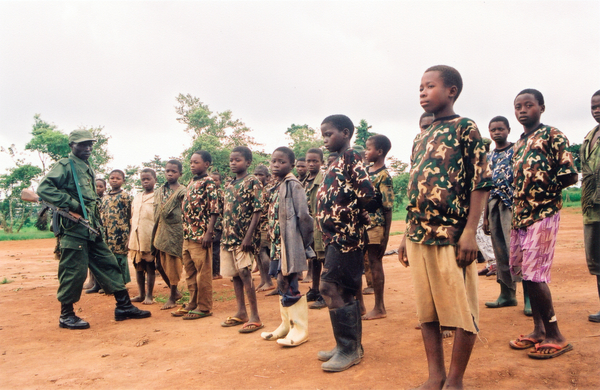 While developments in the DRC represent a step forward more can and must be done in particular in Yemen and South Sudan where the Obama Administration recently renewed waivers under the CSPA for both countries and for Chad, which was removed from the sanctions list altogether.

While Chad was removed from the list of states that had US military assistance suspended, based on progress toward eliminating the practice in 2011 recent, UN reports indicate that this assessment may have been premature.

The Administration’s argument that South Sudan is not technically subject to the CSPA because they were not a country until after the law went into effect might meet a legal standard of credibility but it does not do much for the children of South Sudan nor does seem  portray US leadership on this critical issue in a very positive light.  There may be legitimate humanitarian and national security reasons to allow military aid to South Sudan but the Obama administration must do  more to prevent the use of child soldiers in this war-torn country including by the Sudan People’s Liberation Army.

Finally, Yemen was granted a full waiver on national security grounds, despite the fact that children continue to be recruited into government armed forces. Once again the rights and the future of the children of Yemen have been trumped under a now all too familiar argument.

Withholding portions of military aid is not a cure-all, and other means of pressuring these governments must be implemented, along with incentives. Simply discounting the rights of these children is shortsighted and undercuts the credibility of the Child Soldier Prevention Act and US leadership on the issue. It is encouraging that progress is being made in the DRC; the US must continue to do everything in its power to protect children across the globe from being forced into armed conflict.

3 thoughts on “Ending the Use of Child Soldiers: One Step Forward”