Nigeria. Africa’s most populous nation and for many observers, a barometer for political trends in West Africa, is no stranger to internal conflict.

Internal conflicts have threatened the country from the Biafran War in the eastern part of the country in the 1960s to turmoil in the Niger Delta that pitted the regime of the late head of State, Sanni Abacha and multinational oil companies against minority groups mobilized around environmental justice and a more equitable share on oil revenues.

While there have always been tensions and outbreaks of violence in the north, often along religious lines, the current crisis has a distinctly more ominous feeling and hopefully will focus international attention on the activities of the armed group Boko Haram, as well as the Nigerian military.

Education is under attack in northern Nigeria. Since the beginnings of 2012, at least 70 teachers and over 100 schoolchildren and students have been killed or wounded. 50 schools have either been burned or seriously damaged and more than 60 others have been forced to close.

Since the beginnings of 2012, at least 70 teachers and over 100 schoolchildren and students have been killed or wounded.

This is the handiwork of the Islamist armed group known as Jamā’atu Ahlis Sunnah Lādda’awatih wal Jihad (People Committed to the Propagation of the Prophet’s Teachings and Jihad), commonly referred to as Boko Haram, which translates to “Western education is forbidden.” Individuals or groups claiming to be members of Boko Haram have claimed responsibility for bombings and gun attacks across northern and central Nigeria since July 2009.

The group has killed Muslim and Christian clerics and worshippers, politicians, journalists, lawyers, police personnel and soldiers, and is responsible for attacks on churches, prisons, police stations, school buildings, offices of newspapers and the U.N.

The attacks on schools constitute serious violations of international law including the Covenants on Civil and Political Rights and the Covenant on Economic and Social Rights, under the regional human rights standards including the African Charter for Human and Peoples Rights and the Nigerian Constitution. The government of Nigeria is obliged under international human rights law to ensure the right of everyone to education. To date, there is no record of any person being brought to court to be held accountable for any of these attacks. 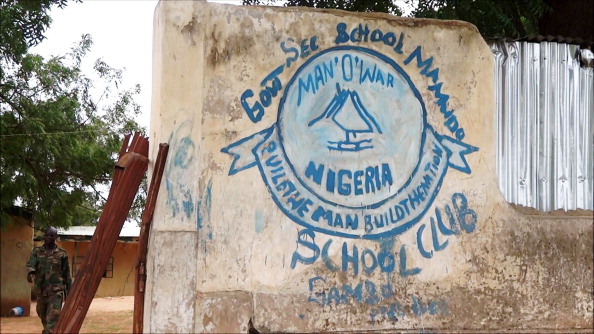 Sadly, the government’s response has been predictable, disappointing and may itself transform Boko Haram’s campaign of terror into a crisis similar to what befell neighboring Mali, where the government first lost control of the northern part of the country and was almost toppled by a coalition of Tuareg separatists and armed Islamic extremist groups. Were this scenario to be repeated in Nigeria, it would destabilize West Africa and very likely have a ripple effect throughout the continent. The stakes are much higher.

Earlier this month, Amnesty International released a statement calling for formal investigations into the deaths of over 950 individuals while in the custody of the Joint Task Force (JTF) in 2013. It would appear that the JTF have created their own detention centers and turned them into death camps.

The JTF are a special arm of the Nigerian security forces with a long record of human rights abuses. In the 1990s and 2000s, the JTF were documented by international and Nigerian human rights groups to have committed egregious, systematic human rights abuses against minority groups in the Niger Delta as well as in the Northern parts of the country, with impunity.

The Nigerian government’s failure for decades to hold anyone linked to human rights abuses accountable has only empowered the worst offenders and further alienated the very communities they are supposed to be protecting.

The Nigerian authorities and the international community all have an obligation and an interest in not seeing northern Nigeria plunge into deeper sectarian and religious violence. Achieving that goal must include an end to the cycle of human rights abuses by Boko Haram as well as by the Nigerian military, and a beginning to a transparent and robust justice and reparations processes for victims of human rights abuses. It is time for leadership in Nigeria.

9 thoughts on “Education Under Attack in Nigeria”