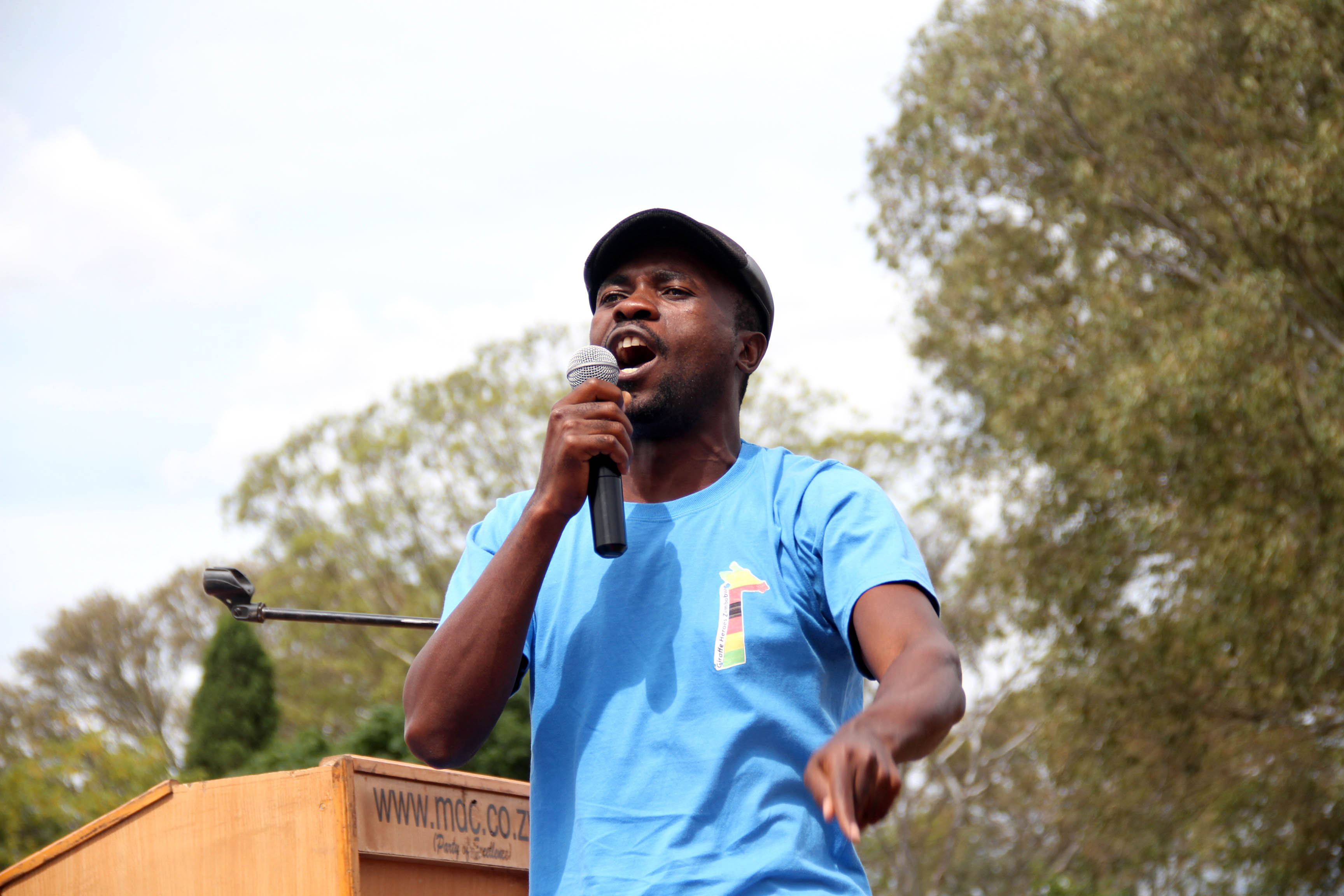 Robert Mugabe, president of Zimbabwe for 36 years, turns 92 this month. His birthday celebrations are known as lavish occasions; last year his guests dined on baby elephant. This year, reports are the big event will occur this weekend in a stadium with a purported planned budget of $800,000. Mugabe’s personal photographer states he is planning a concert, a bash dubbed “Well done, Bob,” to honor Mugabe and his contributions. The festivities will occur in the wake of President Mugabe declaring a national emergency due to the drought gripping the region. An estimated 2.4 million Zimbabweans are in need of food aid to avoid starvation due to crop failures and livestock deaths.

Sheffra Dzamara is focusing on another looming anniversary. Her husband Itai, an activist known for organizing peaceful demonstrations calling for Mugabe’s resignation, was forcibly disappeared on March 9, 2015. He was taken from a barber shop by five men who asked for him by name, accused him of livestock theft and forced him into a vehicle. There is a long history of activists and political opposition members being disappeared by government agents in Zimbabwe. Some return alive, some are never heard from again. Sheffra and her husband discussed the possibility of his being abducted but she describes Itai as “passionate about what he does, he is a determined person, you can’t stop him from what he has set his mind to do.” What Itai set out to do was demand a better Zimbabwe. Itai Dzamara, journalist and pro-democracy activist. He is the leader of Occupy Africa Unity Square
He was abducted on 9 March 2015 and his whereabouts are unknown

Their children are deeply affected, experiencing difficulties in school and struggling in social situations. Sheffra describes a “deep pain that I can’t explain…I miss him so much, I always think if my companion was here, I would have a shoulder to cry on.” The family is also experiencing financial difficulties as Itai earned the income. It has placed an increased burden not only on Sheffra but also the extended family in an economy with staggeringly high unemployment, collapsing infrastructure, deflation, and now the drought.

The courts issued an order requiring the government to investigate Itai’s disappearance but nothing has been done. This can be explained on two fronts; many blame government agents as complicit in what happened to Itai, and the infighting occurring within the ruling party eclipsing other government priorities. Mugabe’s birthday isn’t merely a grand affair to honor a head of state; at 92 it is a countdown to a new president and who that might be is far from certain.

Sheffra is just as determined as she described Itai as she counts down herself to March 9th and one year since she last saw her husband. “I now feel that maybe if I protest the same way Itai used to, the anger and turmoil inside might subside…It’s painful staying in a country where your partner was abducted. I need to know the truth about what happened to Itai. It’s painful and I can’t move on even if it takes 10 years not knowing.” The Zimbabwe government must establish a judge-led commission of inquiry into Itai’s forced disappearance and ensure that food aid is distributed to all those in need and not along political lines. Sheffra is not alone with her ache. There are many in Zimbabwe suffering and it is hoped that President Mugabe bears that in mind as he marks another journey around the same sun blistering crops and dreams in his country.

Stand with Sheffra in demanding the Zimbabwe government investigate her husband’s disappearance.

2 thoughts on “Drought, Disappearances, Disarray in Zimbabwe as President Mugabe Marks Another Birthday”