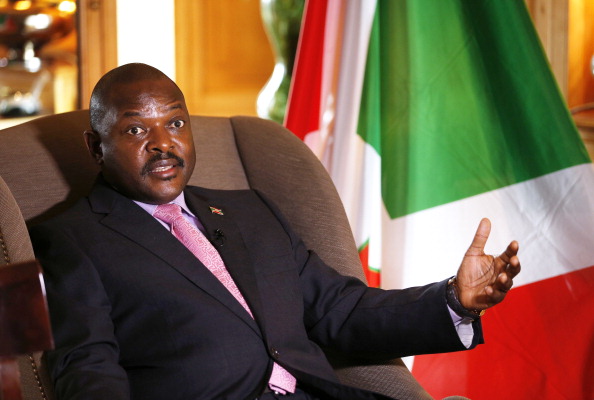 Pierre-Claver Mbonimpa, a Burundian human rights defender, is one of the vital civil society members working for positive change in Africa. Sadly, his voice is currently silenced by the Burundi government.

He was arrested overnight on May 15 and is detained on spurious charges relating to state security after speaking out on Burundian radio. Pierre-Claver is the president of a local human rights organization and an internationally renowned champion of human rights.

There has been a crackdown on freedom of expression, association and peaceful assembly and a sharp increase in politicized violence in Burundi linked to the ruling party.

”
His organization, APRODH, provides vital assistance to detainees and to victims of basic rights violations – including torture and sexual abuse – and is a lifeline for Burundi’s most vulnerable.

Burundi’s ruling party is perpetrating a relentless campaign of intimidation against government critics, and its youth wing is carrying out crimes with impunity ahead of next year’s election.

There has been a crackdown on freedom of expression, association and peaceful assembly and a sharp increase in politicized violence in Burundi linked to the ruling party.

Despite these increasingly worrying conditions, human rights defenders have attempted to continue their work at monitoring the government’s actions.

The clampdown has been felt especially in attacks on the press and political organization by opposition parties.

Political tensions in Burundi ran high this week as President Nkurunziza attended this week’s U.S-Africa summit and looks to be pushing for a third presidential term, which is perceived by many as a violation of Burundi’s Constitution.

Opposition groups and civil society have been arbitrarily denied permission by the authorities to meet publicly or hold demonstrations through the use of the Law on Public Gatherings. A Press Law and draft law on nonprofit organizations pose a further threat to free expression and peaceful assembly.

“The government’s clampdown on free expression and peaceful assembly has serious implications for human rights ahead of next year’s elections.”

Pierre-Claver was charged under Article 602 of the Penal code (spreading false rumors to incite the population to rise up against the authorities) and Article 579 (threatening external security) in relation to the comments he made on radio. He could face a maximum of eight years in prison and a fine of approximately $191, if found guilty.

During the summit, President Obama should speak out on behalf of all silenced human rights defenders in Africa by insisting spurious charges like those levied against Pierre-Claver be dropped and freedom of expression and assembly be respected.

The Burundi authorities, including President Nkurunziza, must guarantee that all human rights defenders are able to operate freely, independently and with the full protection of the state.

Raise your voice on Pierre-Claver’s behalf as well, and call on the authorities to drop all the charges relating to state security and release him immediately.