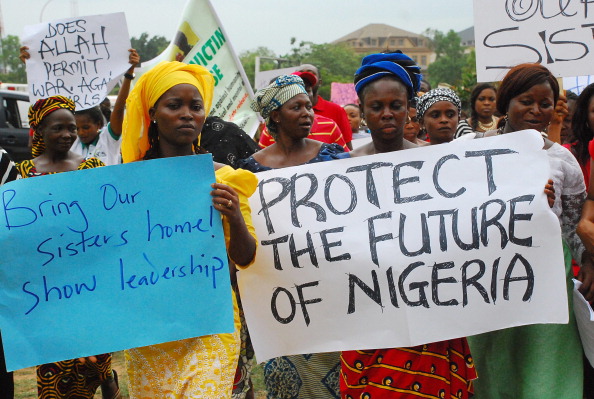 The Nigerian military is either unable or unwilling to clean up its act, committing systematic egregious human rights violations with impunity.

”
The last update was about two weeks ago when the Nigerian army claimed to have located the girls but went on to nix any ideas of a rescue. The army did announce that an additional 20,000 soldiers were being deployed to the northern region of the country, but no details about when and where the forces would be sent was offered.

Boko Haram continues to commit grave human rights abuses with impunity, including killing dozens of villagers living near the border with Cameroon, and killing approximately 200 people over a two-week period of attacks in the Gwoza hills. They also abducted 20 more women and three men in Borno state earlier this week.

At the international level, the spotlight will once again return to Nigeria and the issue of stopping violence against women and girls during times of armed conflict through a gathering of international leaders at a meeting in London.

The historic 2014 Global Summit to End Sexual Violence in Conflict has representatives from over 145 countries and will use the Chibok abductions as a focus case for discussions. The summit will be followed by a smaller security meeting focused on Nigeria and Boko Haram. 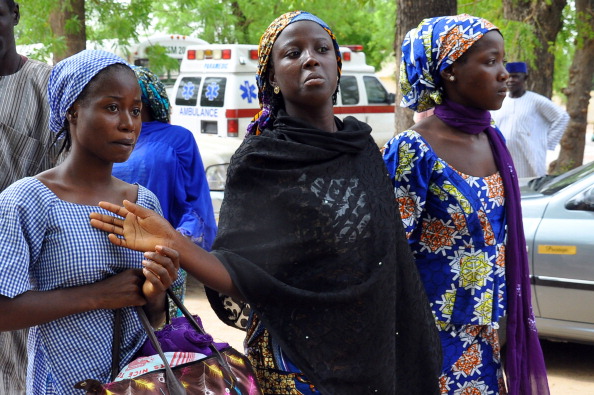 Schoolgirls who escaped from the Boko Haram arrive at the Government House to speak with the State Governor after protests supporting the kidnapped girls were banned in Nigeria’s capital, Abuja (Photo Credit: STR/AFP/Getty Images).

Yet, despite these efforts, the international community continues to run into a critical problem: the Nigerian military is either unable or unwilling to clean up its act, committing systematic egregious human rights violations with impunity.

This, correctly, has caused governments like the United States to have to think hard about what kind of assistance they should provide, how they can ensure that the assistance does not contribute to the commission of human rights abuses and to demand accountability and reform from the Nigerian military. Another equally large problem is the fact that the Nigerian authorities do not appear to be ready to change what most have concluded is a failed strategy on the Boko Haram crisis.

Many people in the United States, understandably, continue to demand that the girls be rescued now, no matter it takes. There are calls for a rescue mission, in which the U.S. will simply march in and together with the Nigerian army in an “A-Team” fashion, free the girls and take down the bad guys in the process.

But such a response could result in worse situation, not just for the abducted girls, but for the general population in the region.

The debate among policy makers in the U.S. has sadly focused on incorrectly blaming U.S. laws enacted to prevent U.S. security assistance from contributing to human rights abuses, when the focus should be on the lack of political will to enact badly needed reform in Abuja.

This same analysis also forgets why legislation like the Leahy Law is critically important to countries that receive U.S. security assistance as well as to the United States.

Building the capacity of militaries that do not think twice about abusing their own citizens is not in anyone’s interest and has been proven to result in worse human rights abuses.

The debates have not focused on how the U.S. can help strengthen the rule of law and accountability and address a key driver behind the worsening economic situation in northern Nigeria that is also contributing to the Boko Haram crisis: climate change and its impact on livelihoods.

The friends of Nigeria, including the United States, must also work with the Nigerian government to restore the robust rule of law and demonstrate that all are accountable to the law, be it alleged members of Boko Haram or members of the Nigerian political elite or army. Faith in the government, local as well as national, and a sense of inclusion will be essential among the general population in what will be a long struggle.

The government must start to actively respond to its citizens human rights concerns and answer difficult questions. To date, the government appears to be doing nearly nothing beyond firing generals who they have concluded colluded with Boko Haram.

In order to push all of these critical action items, the international community needs to keep the spotlight on Abuja and the military, on Boko Haram and on the girls of Chibok , and most importantly, listen to what the people of Nigeria are saying.

It will not be quick or easy, but it is the best way forward.

3 thoughts on “Boko Haram: Now What?”