Public pressure is needed over the following days to demand a robust peacekeeping force with a strong human rights mandate to protect civilians.

”
In the United States, we are specifically calling on the Ambassador to the U.N., Samantha Power. She not only has a track record of calling attention to widespread human rights violations, but is also highly active on social media. She raised concerns about the Central African Republic in the past, including on Twitter last week. However, she has not committed to supporting a U.N. peacekeeping force and a public push could go a long way.

Our Twitter action will run until the meeting at the Security Council this Thursday, and you can easily participate: 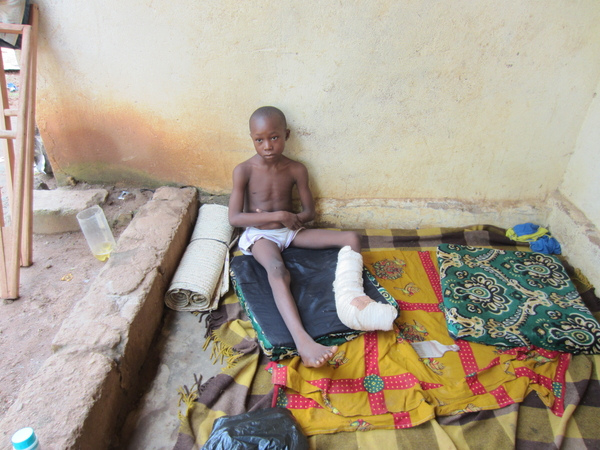 We have documented abuses in the Central African Republic both through on-the-ground research and with the help of satellite images. Our findings are shocking: Tens of thousands have been internally displaced, with hundreds of unlawful killings; extrajudicial executions, rape and other forms of violence against women and girls widely committed with total impunity by members of the security forces and armed groups alike. Recently released satellite images include evidence of 485 homes being torched in the town of Bouca as well as IDPs massing near Bossangoa as people flee the ongoing violence.

On Thursday, the Security Council is expected to give existing African Union and French troops an initial mandate to reign in the security forces and armed militias. However, to better protect civilians in the long run and provide the necessary security to stabilize the country, a full-fledged U.N. peacekeeping operation is needed. Any peacekeeping operation must include a strong human rights mandate and must act in full compliance with international human rights and humanitarian law.

We will provide updates on developments in the country and our action throughout the week on this blog and on Twitter.